The new Nemestice Battle Pass includes a ton of cosmetics including the new Phantom Advent arcana for Spectre and the Dark Artistry Throwback hero persona for Invoker. The Davion of Dragon Hold hero persona for Dragon Knight is one of the biggest prizes, but Dota 2 fans are getting a little more than what they paid for. A positioning error grants the Davion Persona a small amount of extra cast range on his Breathe Fire ability. That’s a noticeable perk for a Dota 2 skin that costs over $100.

In Dota 2, heroes have a hitbox that determines where their hero is positioned in the Source 2 engine. In front of the hitbox is a small point where that hero’s spells originate from. That point is generally standardized across a hero’s cosmetics. Their placement is especially important for heroes with projectile spells that begin at their character model, like Death Prophet, Puck, and Dragon Knight.

Davion of Dragon Hold’s spell point is slightly further ahead than Dragon Knight’s other models. This, possibly combined with the unique casting animation for Breathe Fire, grants a small but noticeable cast range improvement compared to other cosmetics. The standard Dragon Knight model leans back to cast spells while Davion leans forward. The slight pay-to-win bonus is likely just a mistake by the set designer.

Both Breathe Fire and Dragon Tail are highly limited by their cast range. Breathe Fire’s 750 travel distance is barely enough to scrape a hero standing behind their creep wave. Dragon Tail is a melee ability with just 150 cast range, so any bonus has a big impact. The extended Dragon Tail range also applies to Elder Dragon Form. With talents and the Davion Persona, Dragon Tail can become a 3.75-second area-of-effect stun with over 400 range. 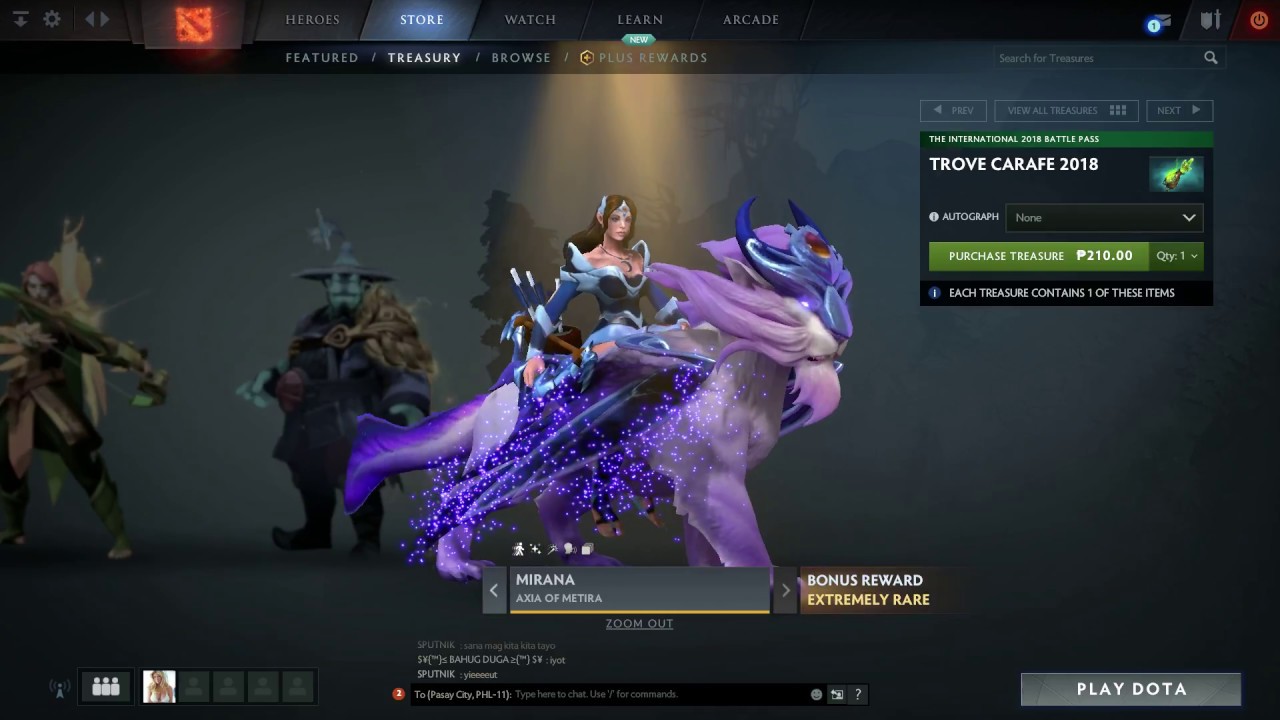 This model error exists on several Dota 2 cosmetics, including Mirana’s extremely pricy Axia of Metira mount. Several Nature’s Prophet weapons have also been accused of extending his attack range. Valve hasn’t acknowledged or fixed these previous mistakes and the community is fairly apathetic about them.

This is partially because it also usually comes with a drawback. Usually, Breathe Fire will affect units directly to the sides of Dragon Knight, but the forward-positioned spell point on Davion makes it harder to clip nearby enemies. The impact of this bug hasn’t been enormous or consistent over the years, so fans haven’t been especially offended over it. Valve is likely pleased by this, as it probably isn’t keen on the idea of introducing sweeping changes to Dota 2’s game engine.