No one ever wants to eco in Counter-Strike: Global Offensive, but the win rate of pistols against rifles is higher than some players may expect.

Eco rounds are a necessary evil in CSGO. After a bad buy attempt or run of bad luck, the very thought of bringing peashooters to a gunfight is enough to make most players splurge for MAC-10s. However, the success of economically conservative rounds is finally visible to players.

These stats were collected by Scope.gg, a CSGO data analysis service. The website looked at each attempted eco round in more than 350,000 matches to determine their success on a map-by-map basis. The exact win rate is based on the number of successful eco rounds compared to the total number of eco rounds played. 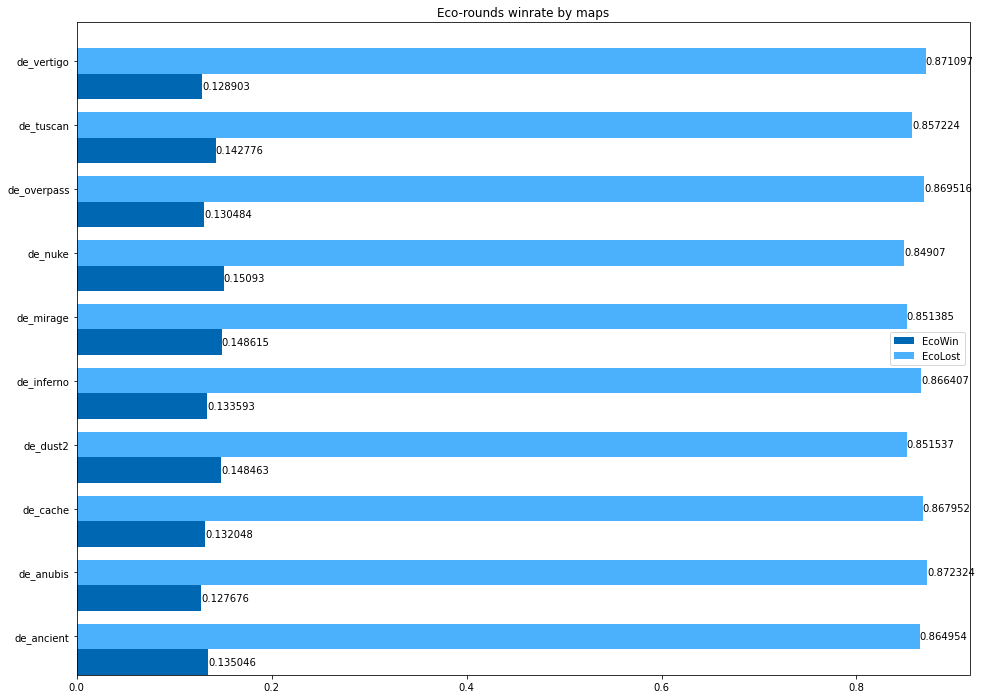 Mirage, Nuke, and Dust 2 have the highest eco round wins

What Scope.gg discovered is that the best maps to eco on are Nuke, Mirage, and Dust 2.

With 350,000 matches in mind, each map has a roughly 15% win rate for eco rounds. Players equipped with just pistols, light utility, and maybe armor can expect to win three out of every 20 attempts on those maps. Nuke has the highest rate of eco wins at 15.09%, which could be due to the map’s shorter range of engagement and abundance of tricky hiding spots.

As for the worst map to eco on, the honor goes to Vertigo at only a 12.8% chance of success. Dissimilarly to Nuke, Vertigo has plenty of long sight lines with relatively few concealed corners. It’s also one of the less-played maps in Valve matchmaking, so the general player base doesn’t know as many tricks to cheese out kills on Vertigo.

It’s important to note that these matches were pulled entirely from public matchmaking on Valve servers. The numbers could be entirely different in pro games, but the average player will find this data much more useful.

This CSGO pistol guide has everything you need to know

Most expensive AK-47 CSGO skin costs more than most houses

Iconic map Dust 2 has officially been removed from CSGO