A new set of Teamfight Tactic arena skins is now available on the PBE and will soon be available for purchase on live servers.

Teamfight Tactics might be the newest game mode in the League of Legends universe, but it has already become the first to have map skins. The new set includes three arena skins inspired by the Freljord region of Runeterra. Avarosa, Winter’s Claw, and Frostguard are the three factions from Freljord represented in the skin set. 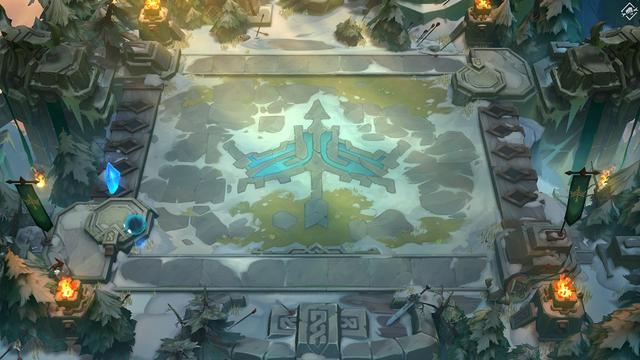 The skins are available now on the PBE and are expected to hit the live server with Patch 9.22, which is scheduled for November 6. Each skin will go for 1380 RP each, or 2900 RP for all three. This is the first time that the arena skins will be made available for purchase.

In previous patches, the players earned the arena chromas through the Beta pass. Some of those chromas will hit the store for a price of 450 RP.

The Freljord arena skins follow a frozen concept with shades of blues and snow over the map. The gold indicators are replaced by blue crystals. Other details like abandoned arrows and swords are spread across the arena.

Avarosa, Ashe and Tryndamere’s fraction, is the lightest of the sets and includes a lovely companion. A small poro appears on the Avarosa arena after the first carousel. The player can approach the poro with its little legend and the poro will react by following the little legend around for a while.

Developer Riot Games also shared the early concepts for future arena skins including one inspired by the Noxus region and another based on the Star Guardian universe. To check out the new arena skins, head to the PBE server, and if you don’t have an account yet, go here to get all of the latest info on how to access the PBE after Riot’s recent account access changes. 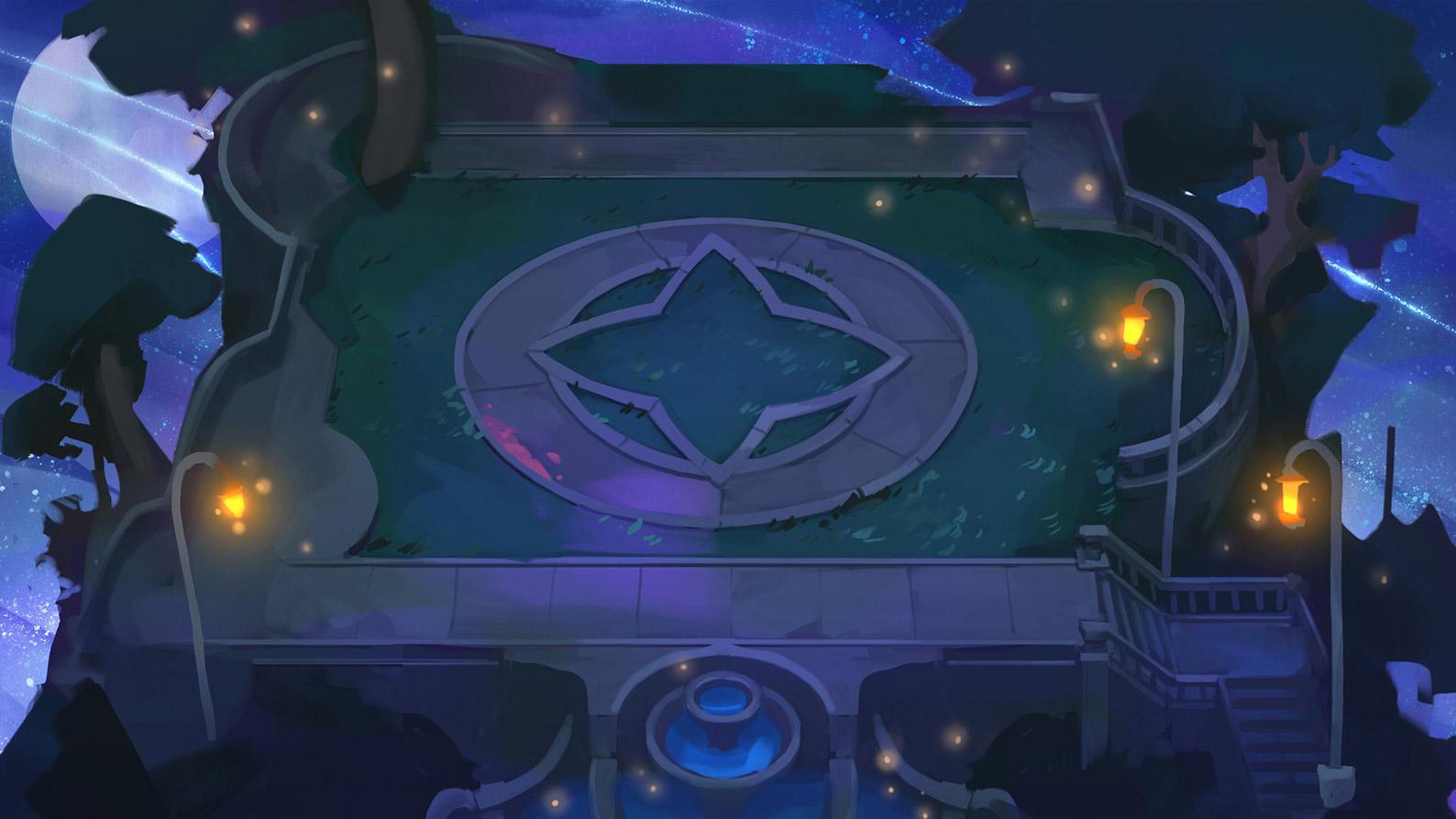 Since its release back in June, TFT has solidified itself as a highly competitive game with a strong following on Twitch. During the 10 Year celebration, Riot Games announced that a mobile version of the game would hit app stores in 2020. The developer also announced a competitive scene for 2020, though the format is yet to be announced.