Big updates just keep arriving in Counter-Strike: Global Offensive. Less than a week after Valve delivered a major shakeup of the CSGO arsenal, which included the long-awaited nerf of the Krieg, the publisher has shipped another update that includes various map changes, upgrades to spectating, and a new experimental warmup game mode.

While map changes are usually the centerpiece of big patches like this, the so-called “Change Your Tune” update largely delivered minor tweaks and fixed some small visual and structural issues.

Anubis fixed some bugs with textures, clipping issues, and remedied draw distance issues for certain props. The biggest change is an increased blast radius for bomb detonations on the B bombsite. Chlorine received a similar treatment, with improved lighting around its B bombsite and texture fixes.

It isn’t just new maps that received changes. Train saw a number of small changes including a fix to the oil car’s ladder on the B bombsite and improved lighting. The biggest change came to the pigeons outside ivy, which were moved to a position where they cannot be seen flying away by players on the CT side of the area.

Vertigo received the most significant changes. The B bombsite was lowered and received alterations to the locations of its props, while the doorway outside of stairs was narrowed. The connecting pathway from B stairs to lower mid was also moved closer to the T-side spawn.

Valve has been doing a lot of work of late when it comes to streamlining the crosshair customization process. This new update does just that by allowing players to see each others’ crosshairs while spectating.

By default, this will be enabled for friends and party members, but this can be expanded to everyone with a new “Show Player Crosshairs” setting in the menu.

The neatest addition to this is the ability to quickly and easily replicate another player’s crosshairs. This can be done through a new option on the scoreboard, making it easy to trial new sights without tinkering with menus or console commands. 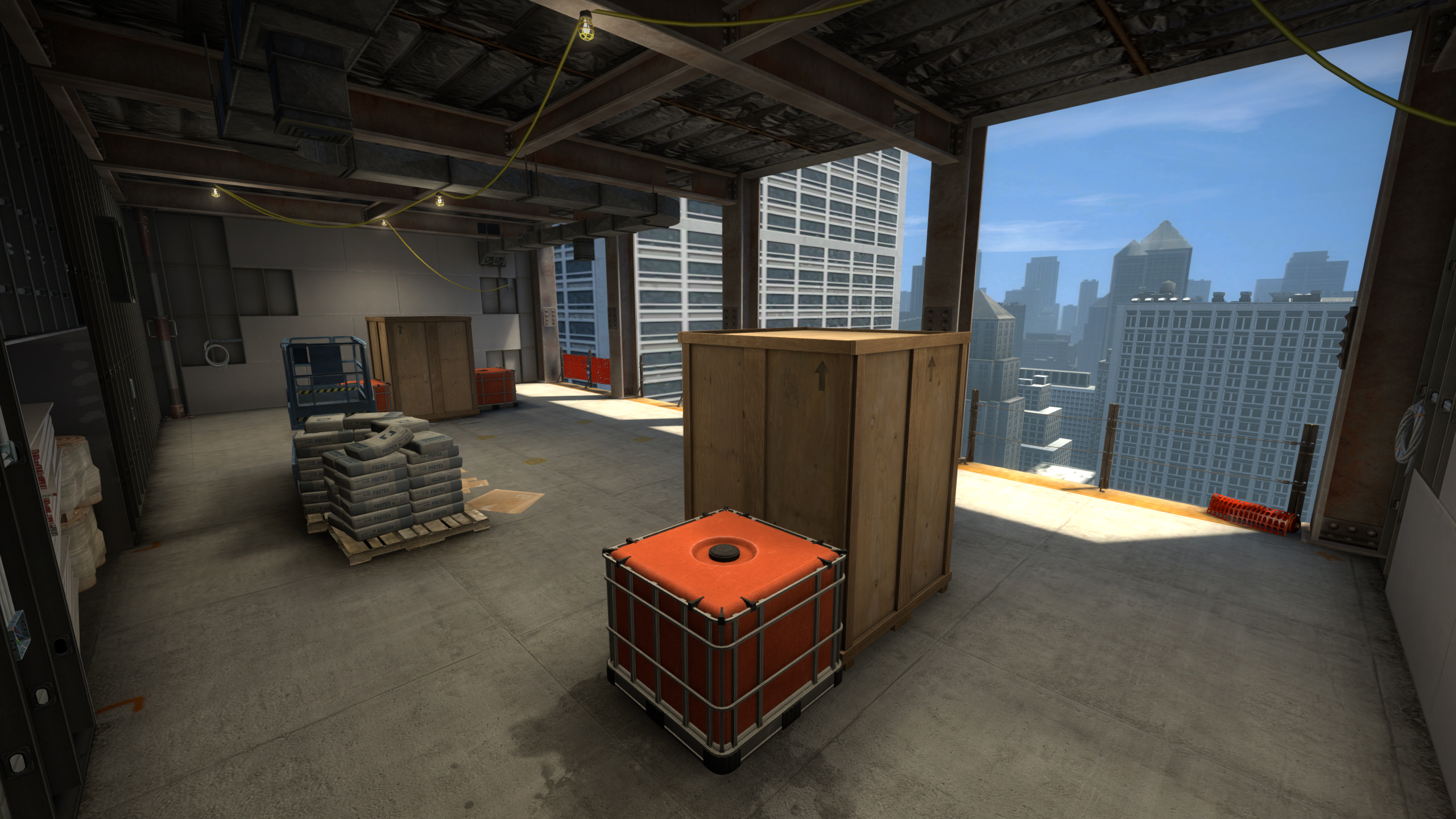 A game of competitive mode or wingman always starts with an opening warmup where players run around and either shoot teammates, or look to camp the enemy spawn. Valve is shaking things up with an experimental new form of warmup focused on one-on-one showdowns.

The one-on-one warmups will see players put onto a small section of the map with sparse cover, allowing them to get more effective reps in compared with the wackiness of the normal warmups.

For now, these warmups are exclusive to Vertigo and Train in Wingman mode. Valve wasn’t firm on its plans, but stated this “may be added to other maps and Competitive Matchmaking in the future.”

Last but not least, a new bundle of music kits was added, including seven new songs. The full list includes the following:

Whether any of these are worth dropping EZ4ENCE is a question that players will have to grapple with themselves. The full patch notes can be found on the official CSGO blog.

This is how to skip the long warmup timer in CSGO

Are there lots of CSGO cheaters? Or just a lot of sore losers?

This is how much money CSGO's top Twitch streamers make