Streamers have been looking for effective ways to watch content alongside their audience for a long while now. Their wish is coming true with Watch Parties, an upcoming feature of Prime Video.

Content creator Travis Shreffler shared screenshots of an email sent to select Twitch streamers. The screenshots detail how streamers will have the ability to watch Prime Video movies and TV shows together with their viewers on-stream, functionally bringing the two services together. Twitch users will need to have a Prime Video subscription in order to participate.

Those streamers can opt into having early access to the feature in order to test it and provide Amazon with feedback on how to improve it. As Watch Parties comes closer to release, more streamers will be added to the trial run. 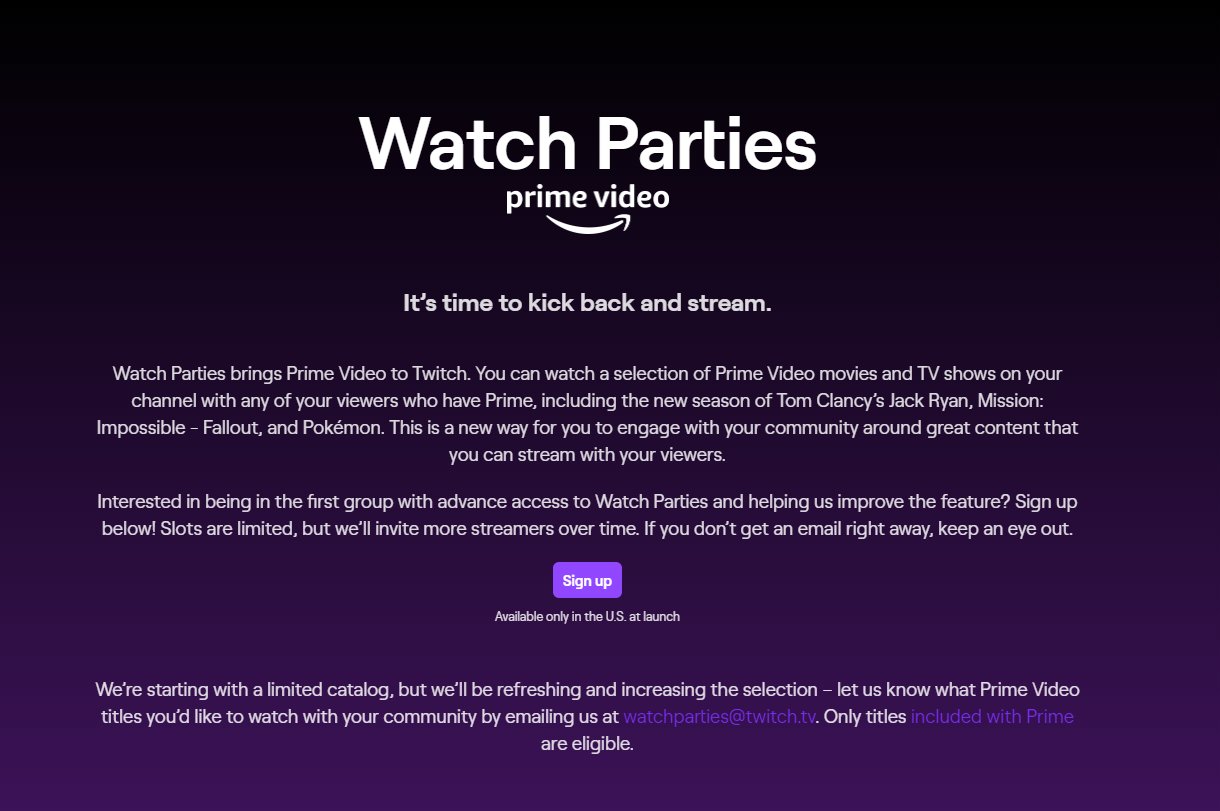 At launch, Watch Parties will only be available in the United States, and it will have a limited selection of shows and movies that will expand over time. Some of the titles included at the start are Pokemon, Tom Clancy’s Jack Ryan, and Mission: Impossible Fallout.

Twitch streamers and users alike were excited over the news, but there are numerous potential pitfalls ahead for this service.

The Twitch audience has been generally resistant to the idea of putting streams behind paywalls, with the introduction of subscriber-only streams earlier this year generating some controversy. Regional restrictions are also likely to force streamers to be quite choosy with what they watch. Streaming services often have varied offerings in different regions, which could cause some issues.

No information has been released regarding when the service will go live for all users, or when new series will be made available for the service.

How to import Pokemon to Nintendo Switch from Pokemon GO, 3DS

Here are all the Naruto movies in order, and which are best

Everything you need to know about Twitch subscriptions

How to use the basic functions, tools, and features on Twitch

The complete watch order for all Naruto anime and movies

The best One Piece movie watch order: When and how to watch

How esports betting is changing the landscape of online gambling

Why Skyrim remains one of the most popular games

When do the Overwatch 1 servers go offline?