This nerf to Yuumi will shut her down after LoL patch 10.13

LoL patch 10.13 is heading to the live server with a necessary nerf for Yuumi, new Pool Party skins, and an update to report options.

The highlight of patch 10.13 is the nerf given to support champion Yuumi.

The mana cost for Yuumi’s E went way down, but now Yuumi must pay 15% of her total mana as a tax. This will render her unable to spam E, particularly at higher levels, no matter the degree to which she develops her mana pool. It’s a marked change for the champion and will prevent her from providing such constant buffs to carry champions.

Right now, Yuumi is the most banned champion in solo queue with a 65% ban rate. In pro play, Yuumi is the third most picked support. Yuumi has too much power, brings too much utility, and does all of this in spite of being untargetable while attached to an ally.

A mana tax is likely to take Yuumi right out of the meta. Riot already applied a similar nerf to Sona through a drastic increase in her mana cost if she’s alone, and this effectively subjucated to her to duo lanes as was intended. Patch 10.13 might be the end of The Magical Cat.

With the rise of Volibear, Sett, and Ornn, Gnar’s priority went down significantly. In summer, Gnar is yet to make an appearance in pro play. The buff gives extra power to mini Gnar by doubling the attack speed on its E.

Patch 10.13 hopes to bring more variety to the bottom lane by buffing Kog’Maw. Overall, the bottom lane meta feels stagnant with only a handful of champions being viable. This buff goes specifically towards AP Kog’Maw.

To make Kog’Maw even more attractive, LoL released the Arcanist Kog’Maw on PBE. 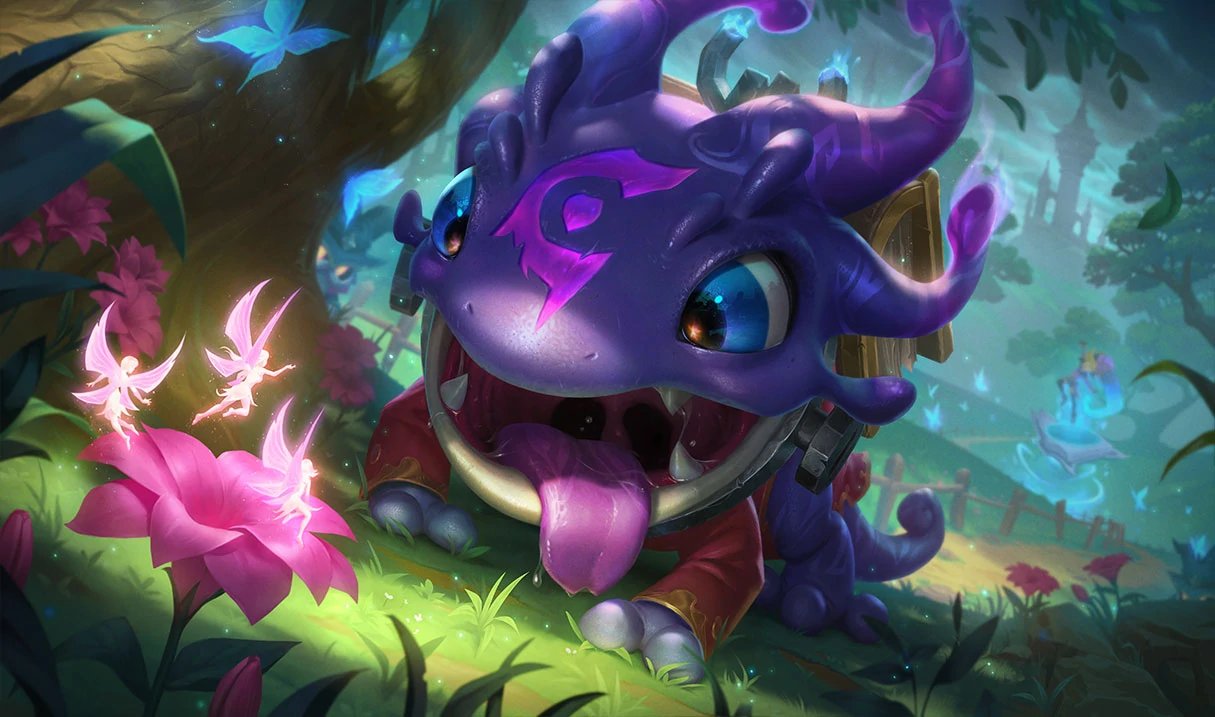 Nunu & Willump are played frequently in solo queue, but no so much in pro play. The meta is at a point where carry jungles like Graves and Nidalee are a greater priority, so there’s no space for Nunu. Patch 10.13 adds to the champion’s AP.

The highly anticipated report and mute buttons in champion select are coming with patch 10.13. During this patch, Riot will test the feature, starting with North America and Korea. Other regions will be included on the test later on.

Muting a player in champ select carries over the game. Reporting will only serve for research purposes at the moment. Once Riot collects the data from the test, the developer will create appropriate penalties. Riot has made some significant progress in this department, as reporting toxic players doesn’t feel quite so useless anymore. The developer is planning on handing severe penalties to players that demonstrate toxic behavior.

Tyler1 isn’t happy with the Heimerdinger nerfs in patch 11.9

Riot says that Yuumi is good for the game, even if you disagree