The official splash art for Yone, the 150th League of Legends champion, has been leaked and it’s already being compared to an existing champion.

Seven days after the leak of Yone’s Spirit Blossom skin art, the official splash art found its way to Reddit. The image shows a long-haired Yone covered in bandages and carrying two swords. This version of Yone is very different from the image shown on Legends of Runeterra. It leads one to believe that Yone died at some point and was later resurrected, or perhaps was kept alive using some sort of dark magic. 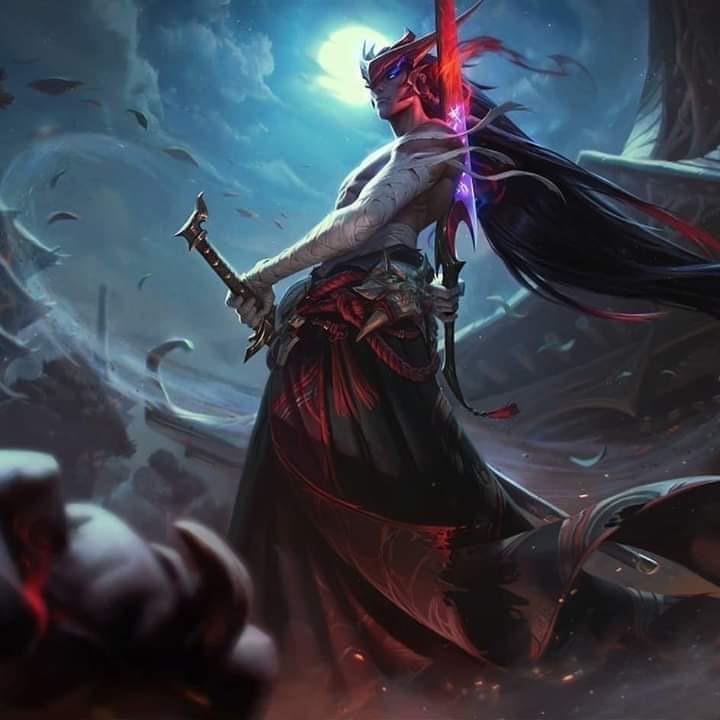 Michael Yichao, narrative designer at Riot Games, clarified through Twitter that Yone is not a Darkin. That information didn’t stop fans from comparing Yone to Kayn. Others said that Yone looks like a mix between Yasuo and Kayn. The community had a similar reaction to Lillia, calling her a mix between Hecarim and Neeko.

With the introduction of these two new champions, the prices for two older champions will drop. This time around, it’s the price of Vel’Koz and Yone’s brother Yasuo that will go down in the store.

Spirit Blossom event is coming to LoL this summer

Summer will be all about the Spirit Blossom event. It will be the biggest in-game of the year with the introduction of two new champions, Lillia and Yone. The client shows a road map to the event that ends on July 24, which is when the event is expected to start.

Lillia, who’s available now on the PBE server, will hit the live server on July 22. Yone might be joining the game on July 24.

The Spirit Blossom event not only includes the two champions, but also brings with it a new skin line. Yasuo, Vayne, Thresh, and Teemo will each receive a prestige edition skin. Early leaks have suggested that Cassiopea and Riven might also have Spirit Blossom skins coming later on down the line.

Could Diablo 2 Resurrected end up on the list of the top video games of 2021?