The LPL is a mystery for many western viewers. For the casual League of Legends enthusiast, China might as well be on another planet. They know LPL teams tend to fight aggressively and that Jian “Uzi” Zi-Hao is one of the best carry players in the world. Other aspects of the region, like its massive fan following and the players’ individual narratives, remain largely unknown.

Even on the international stage, the LPL teams are often an afterthought. They don’t have the pedigree of the LCK and they are not trying to prove their worth like teams from the LCS.

But 2018 seemed to be the start of a new age, Royal Never Give Up claimed both LPL domestic titles and the Mid-Season Invitational. The team was one step away from completing the golden road and becoming the first organization to achieve it at Worlds. At the 2018 World Championship, their journey was cut short by G2 Esports, the team that is on the same golden road in 2019.

Invictus Gaming would end up winning the tournament. Winning Worlds catapulted the players to stardom, and they became the role models in China. IG was supposed to fill the void that SK Telecom T1 left, it was supposed the be the all-powerful team that changed League of Legends. IG’s legacy didn’t last long. The team stumbled in the MSI semifinals losing to Team Liquid of the LCS, and barely made it to Worlds 2019. Throughout the event, IG showed glimpses of its past self. Then the defending World Champions were knocked out in semifinals by FunPlus Phoenix. 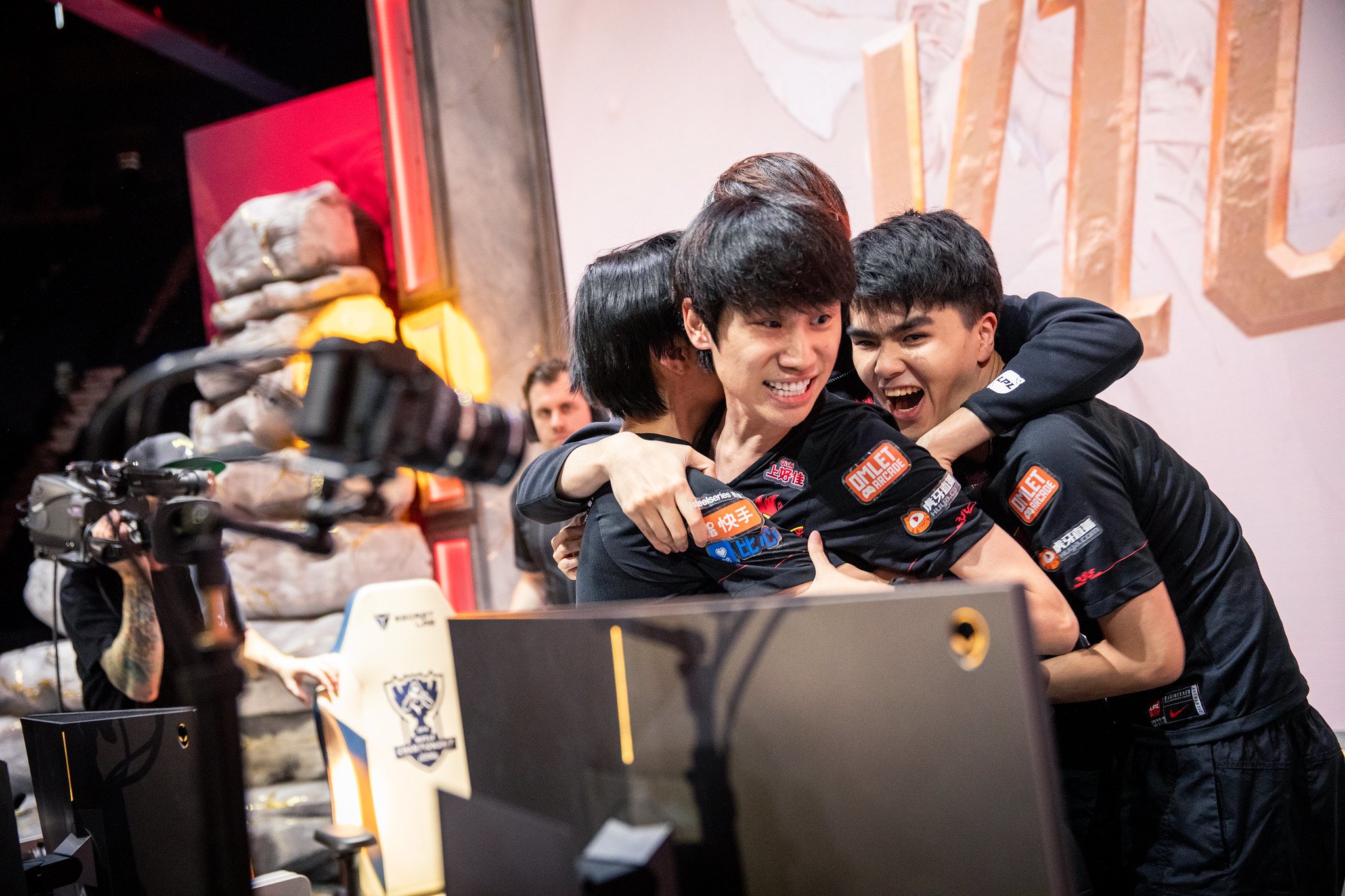 FunPlus Phoenix and Doinb rise up from the LPL

FunPlus seemingly came out of nowhere. This is not one of the more popular LPL organizations and the players are not among the most popular in the region. In 2018, FunPlus was a middle of the pack team, fighting to make a name for itself. Everything changed in Spring 2019 when the team added Kim “Doinb” Tae-sang to its roster.

To talk about FunPlus is to talk about Doinb. The energetic 22-year-old became the face of the team and the reason why many have turned into FunPlus fans. Doinb’s enthusiasm is contagious, his playful personality earned him the love of the fans and his clean mechanics the respect of his opponents. His style is unorthodox, as Doinb is the type of player that is not afraid to think outside the box and go against the trends.

With Doinb in the mid lane, FunPlus took over the LPL. The team finished the Spring and Summer splits in first place, securing the highest seeding in playoffs. In Spring, FunPlus couldn’t defeat JD Gaming and missed its chance to make it to MSI. In Summer, FunPlus’ name was in the conversation again and the squad became the favorite to take the title. FunPlus faced RNG in the Summer finals and took the victory with a 3-1 result, a number that would repeat itself through the World Championship.

In the group stage, FunPlus was seeded into Group B with Splyce from the LEC, J Team from the LMS, and GAM Esports from the VCS. FunPlus’ performance was underwhelming, as the team got the wins necessary to come out as the first seed, but it wasn’t the dominant showing that people expected. FunPlus looked scrappy and disorganized, so expectations dropped and FunPlus was considered the weakest first seeds in the quarterfinals. The next opponent in FunPlus’ road was the LEC’s second seed, Fnatic.

Fnatic was coming off a winning streak with incredible momentum after defeating SKT and RNG on the final day of Group C. On paper, it was a straightforward series with Fnatic as the favorite. Like the phoenix rising from the ashes, FunPlus came into the series as a new team. They were decisive and organized, and FunPlus suffocated Fnatic to take the series with a 3-1 score.

FunPlus moved forward, and IG was next. Winning represented something different for these teams. To FunPlus, it was the opportunity to prove that they’re a true contender. To IG, it was the chance to put behind the struggles of the summer.

IG couldn’t make it, as the progress they made throughout the tournament wasn’t enough to defeat FunPlus. Doinb and the company earned a spot in the finals in Paris and the responsibility of representing the LPL.

The World Championship final is closer than ever, and both teams have a real chance of winning the Summoner’s Cup on November 10. Comparing the players, the stats, and the champion pools is a tough task. G2 Esports and FunPlus are so similar, and yet so different.

Kim “GimGoon” Han-saem is not a flashy top laner, but he understands his job and is great at it. He absorbs pressure and keeps a stable lane even if he loses the early game. If GimGoon gets ahead, he turns that individual advantage into a group advantage.

Gao “Tian” Tian-Liang is probably the most underrated player at Worlds. If Doinb is the heart of FunPlus, Tian is the brain. Junglers are divided into the proactive junglers and those that wait after level six to make anything happen. Tian can be either of those options and so much more, as he adapts to the situation in the game and does whatever he needs to do to get his laners ahead. He can gank at level three or be the protector. He can start plays or can be the defensive savior of the team. Tian is the full package as a jungler and the key to FunPlus’ success.

The best compliment for a good jungler is a good support, and who is better at Worlds this yera than Liu “Crisp” Qing-Song?

Crisp is consistent, proactive, and the better half of the bot lane duo. Crisp plays engaging support champions, and he likes to roam and look for opportunities. Crisp shares the lane with Lin “Lwx” Wei-Xiang, who sometimes make questionable decisions like jumping in with Kai’Sa’s ult towards four enemies without backup. Lwx might be the wildcard on the team but he still is reliable enough to come through when the team needs him the most.

Last but not least is Doinb. The happy-go-lucky mid laner is willing to sacrifice his own lane to help the team. Doinb plays for the team and he lacks the inflated ego that keeps so many mid laners from truly succeeding. Doinb can play almost any champion in the game and make it look like a meta pick, and three games of Nautilus mid versus IG proved it.

These five players are a real team. They understand sacrifice and play for the greater good of the squad. There are no big egos, they don’t fight for their own glory or to become the most popular. Working as one has taken FunPlus from a relatively unknown team to a World Championship finalist.

One question remains to be answered: if teamwork makes the dream work, does it also win titles?

Uzi will potentially try out for pro teams going into 2022

Who will League of Legends' next villain be?

Funneling is back in League of Legends and fans are mad

2023 will be League of Legends' biggest year says Riot CEO