Cloud9 snatched all the spots on the 2020 Spring LCS All-Pro Team.

Cloud9 became the first team in the LCS’ history to get all the spots on the LCS All-Pro Team, and it’s not a surprise considering the season the team is having. The LCS All-Pro Team is voted on by participating esports organizations, broadcast staff, and media. This season, everyone agreed that Cloud9 has the best players in each role. 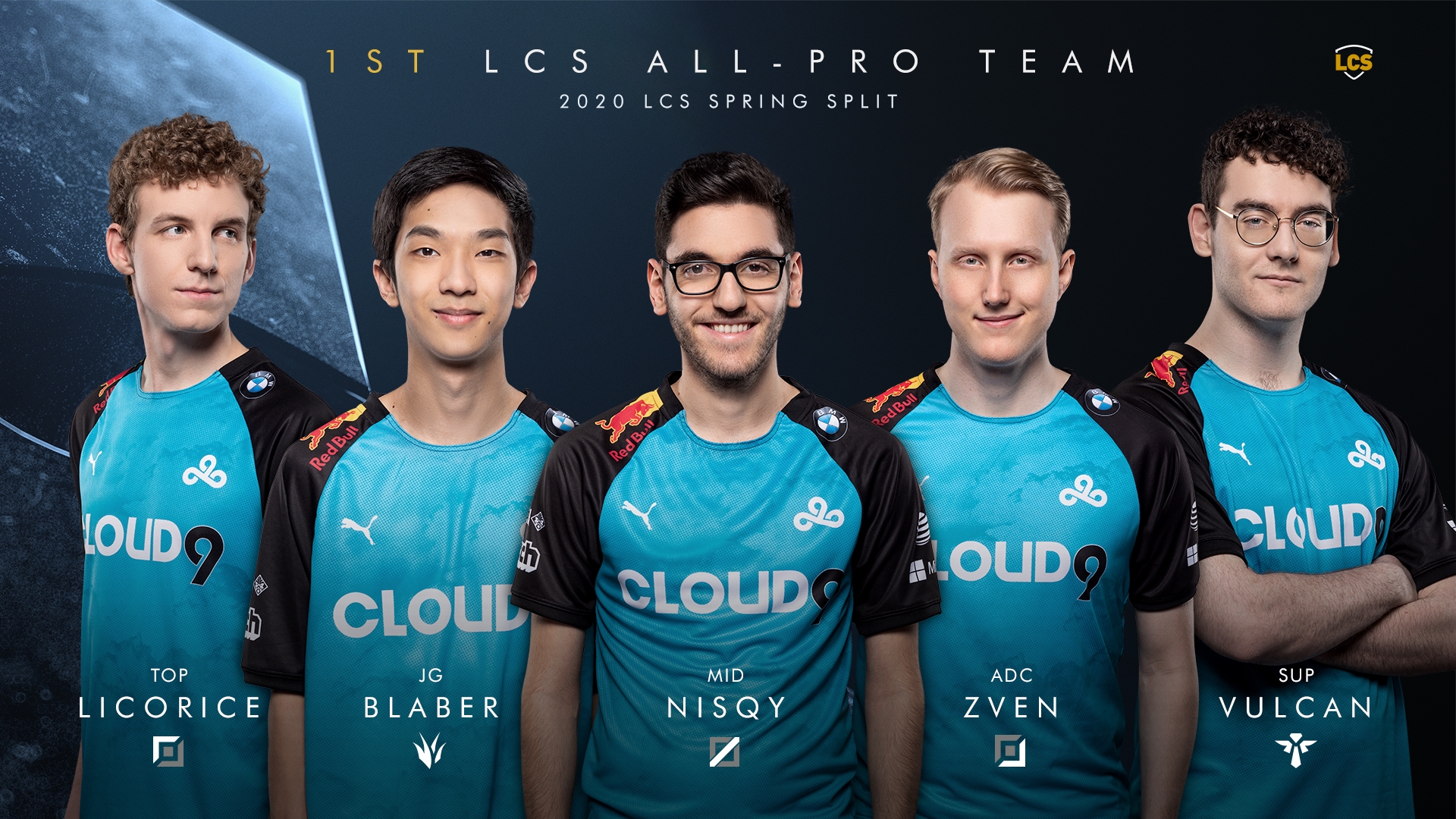 The only role where Cloud9 had competition was in the top lane. Licorice received 118 votes, while second-place 100 Thieves’ Kim “Ssumday” Chan-ho got 97 votes. In the rest of the roles, the Cloud9 players at least 60 votes more than the second-place players.

Cloud9 finished the regular season with only one defeat and is looking like the favorite to win the LCS title this year. The team has good drafting, outstanding individual performances, and perfect synergy. In the playoffs, Cloud9 has chosen 100 Thieves as its first opponent. All eyes are in the top lane for the match between Licorice and Ssumday.

Over in the LEC, the All-Pro team included three players from G2 Esports, one from Fnatic, and one from Origen. 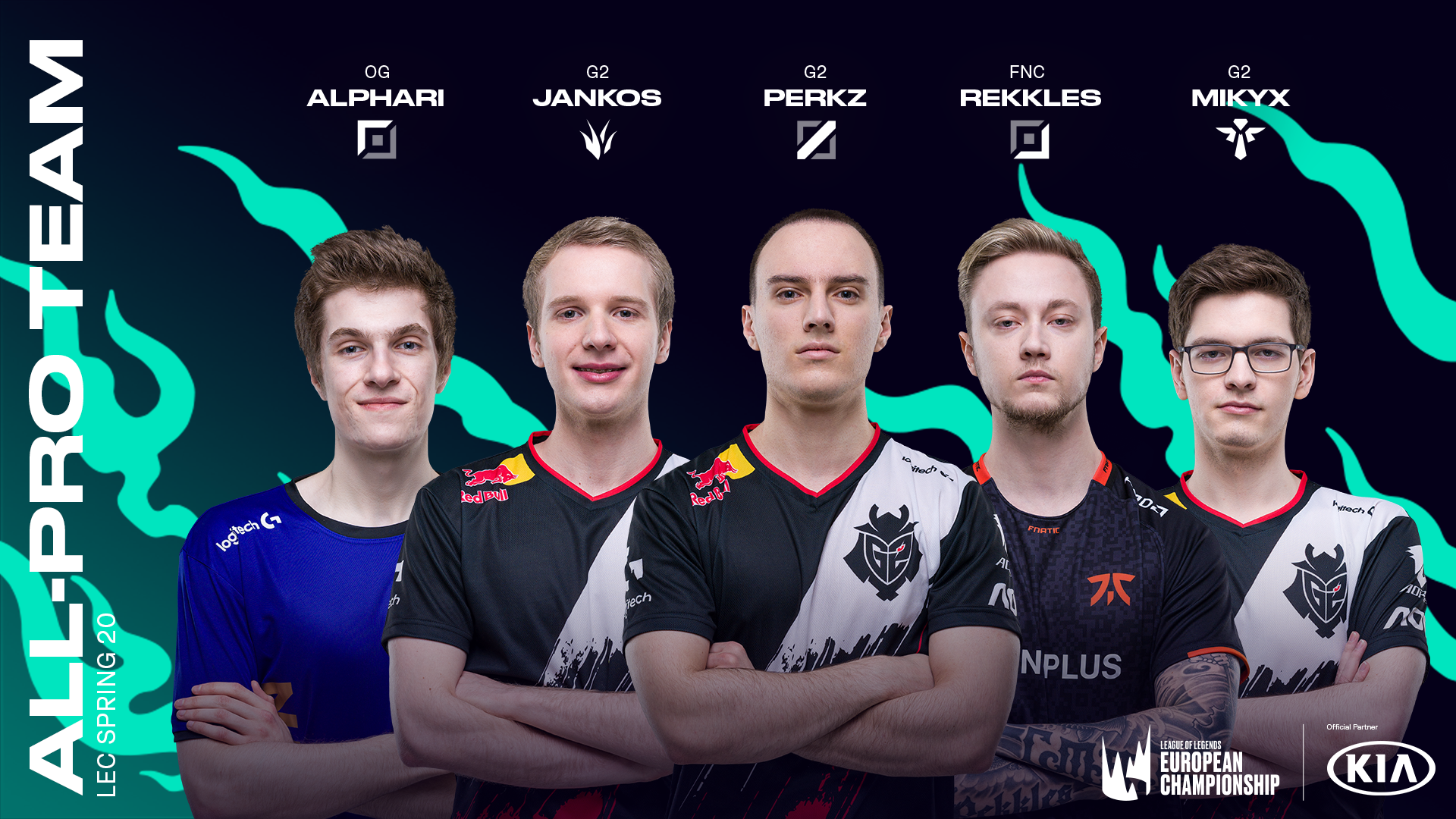 G2 is missing two important pieces, and for a good reason. Rasmus “Caps” Winther is having a complicated season in the bottom lane, as while his performance is consistent, he isn’t as strong as Perkz in mid. The role swap turned out to be an underwhelming experience for G2 fans and it’s affecting the team as a whole. In the playoffs, G2 lost the first round against MAD Lions and is being forced to play through the loser’s bracket.

Fnatic took down Origen and advanced to semifinals. Origen stumbled on its first game and now must go through the loser’s bracket as well.

Match predictions for Cloud9 versus FlyQuest in 2020 LCS Spring finals