Rise of Elements also brings more flexibility to the game. In Patch 9.21, there were only three truly effective compositions in the game: Imperials, Brawlers, and Knight-Rangers. If the players found a counter to one of these compositions, it didn’t work against the others. The state of the game left no space for strategy or creativity and fell into a predictable pattern at the highest levels of play.

Set 2 allows players to follow new strategies without sticking to the same patterns every time. Some of the new units are created to be early-game winners and to encourage players to transition into other compositions late. There isn’t any one trait that overpowers the others and even the strongest traits have consistent counters.

Rise of the Elements is bringing new units with new elements and classes. Some units are returning in Set 2, but they've received significant changes.

The new elements are:

The Classes for Set 2 are:

The exact stats and numbers will be determined once Patch 9.22 hits the live server. 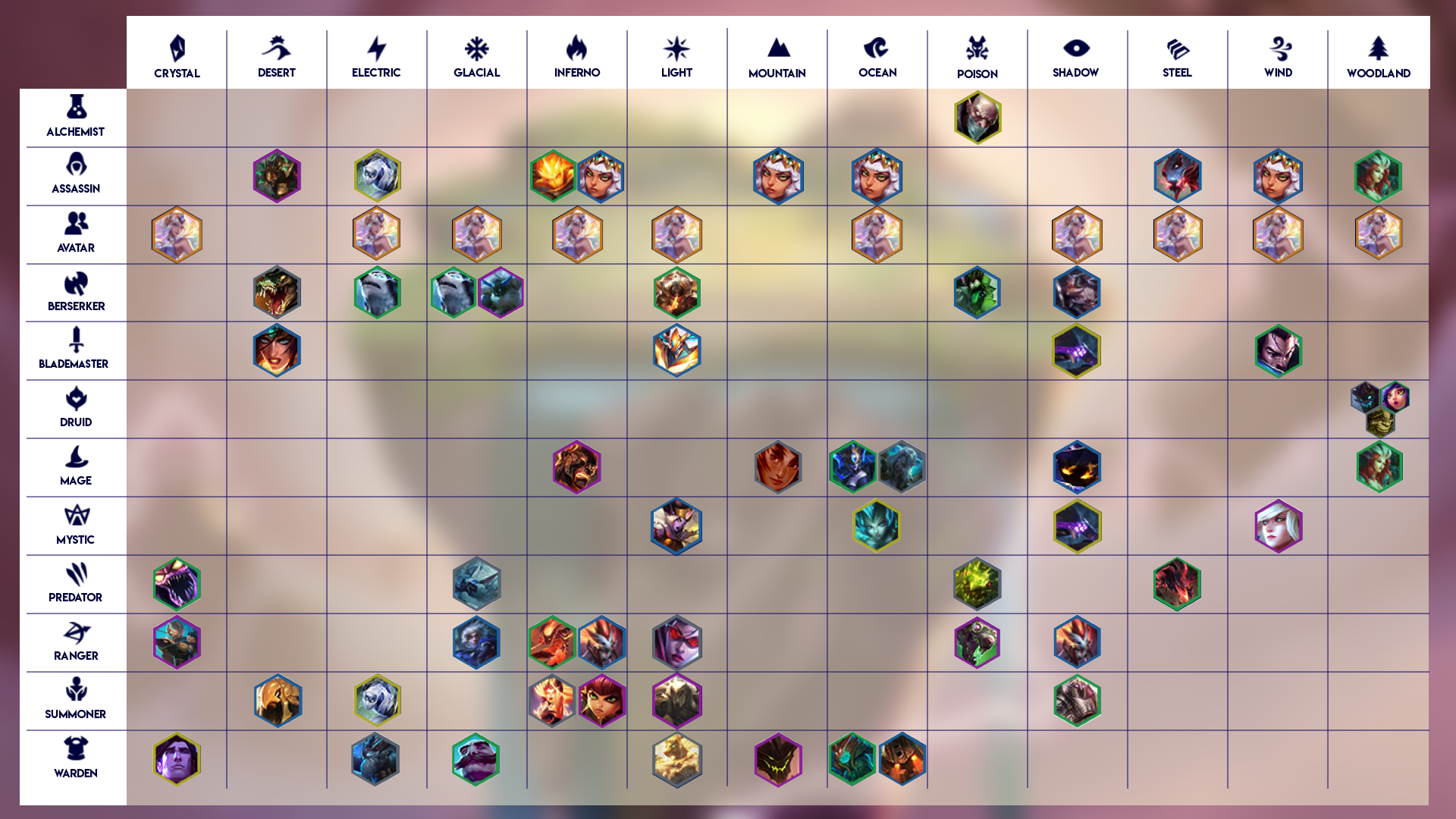 Set 2 added two special champion units, Qiyana and Lux. Qiyana is a three-cost Assassin and her element is determined by the board. Every game can have one of four elements: Inferno, Wind, Ocean, and Mountain. Every Qiyana unit will have the same element throughout the game, according to which element is present in that game.

Lux is a seven-cost unit with ten different variables. Lux is the rarest of the units and her secondary element is decided at random. Because Lux is so expensive, she counts as double for the elemental traits. For example, if the player has one Electric unit and adds one Electric Lux to the board, it would count as though they had three Electric units.

The items in Set 2 stay the same except for the ones that have a spatula component. These changes allow players to create new elements and some of the classes from the previous set. 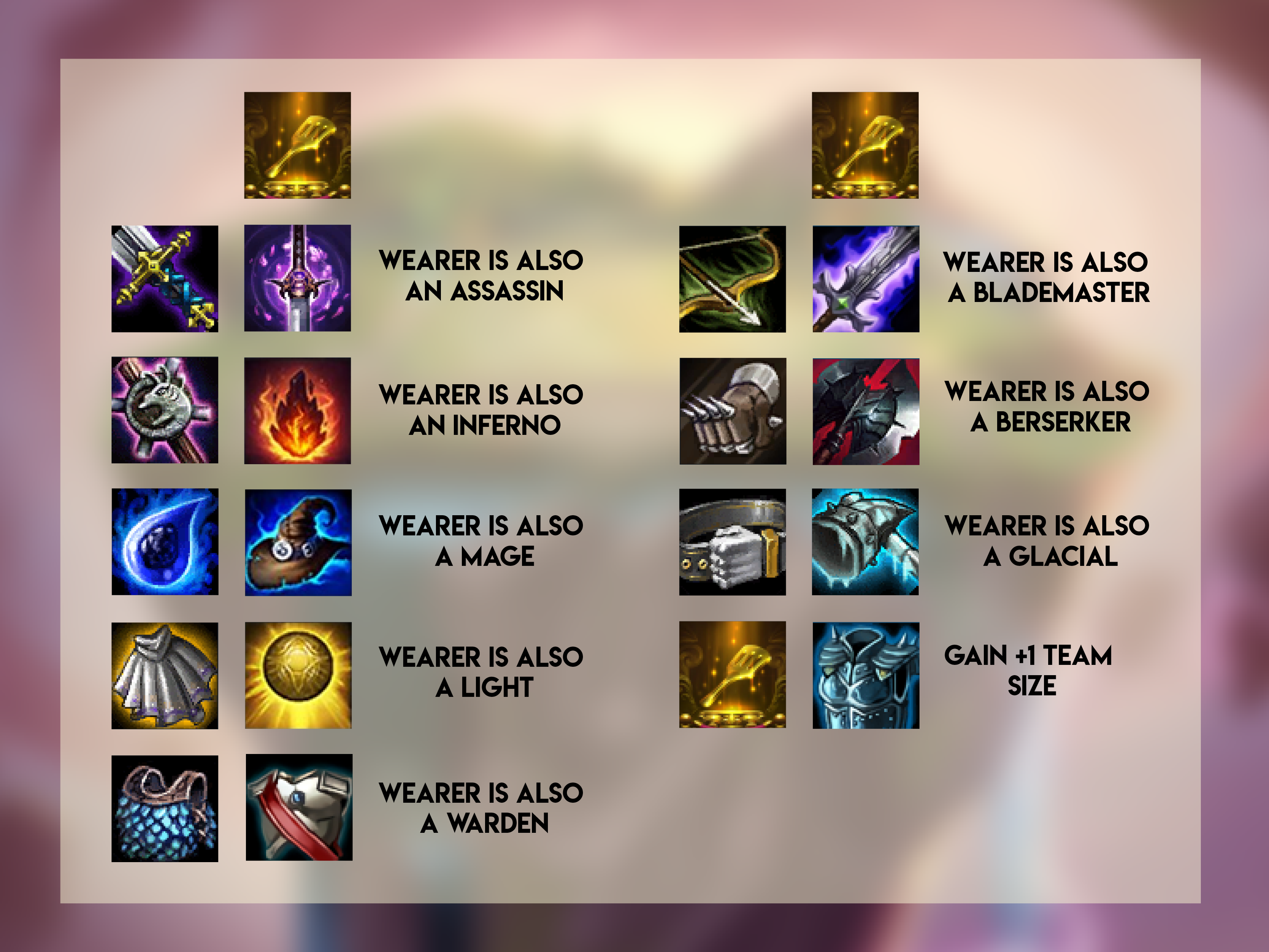 The Red Bull Rise of the Elements Invitational was the first TFT event organized by Riot Games. It gathered some of the most popular streamers and competitors in the world for a two-day competition. Team SoloMid’s Jang "Keane" Lae-young came out victorious with three consecutive wins in the final.

Throughout the event, players most prioritized Shadow, Light, and Rangers over other synergies. On his Imgur profile, TFT player and content creator for Team Liquid Brandon “saintvicious” DiMarco has shared some of the strongest compositions in Patch 9.22.

Light and Ranger complement each other perfectly. The front line protects the Ranger but also provide extra stats when they die. The extra attack speed from the Light trait plus attack speed items and the innate attack speed from Rangers makes for more DPS than most compositions can withstand.

Another aspect to take into consideration are the Elemental Hex on the map. The first one appears after the first carousel and the second at 3-1. It’s important to work around this addition to the board so long as it doesn’t expose the player's carries to the enemy units on the board. One mistake is to be too greedy for the extra stats that the hexes provide and risk the wrath of damage dealers.

Rise of the Elements Pass announced

Players can earn experience by completing the missions and through the Orb of Enlightenment that will recharge every three days. Rise of the Elements will also include large missions every other week. These missions will be available for an entire week so that players get the opportunity to complete it.

Rise of the Elements is available on the live server with Patch 9.22 on November 6.

These are the biggest changes in the TFT meta after patch 10.9

Patch 10.9 is the largest Teamfight Tactics patch to date, and it brings major changes to the game's current meta. Patch 10.9 deployed on April 29 and is expected to be the final update before the...

Teamfight Tactics deployed patch 10.8 and it brings new units and new galaxies. The highlight of patch 10.8 is the addition of Xerath, the first unit added to the game since the release of TFT:...

Team SoloMid’s Jang "Keane" Lae-young is the winner of the Red Bull Rise of the Elements Invitational. On October 31, TSM Keane became the champion of the first TFT invitational organized by...

Riot Games has shared the first glimpse into TFT Set 2: Rise of the Elements, and the changes were first announced during the 10 Years celebration. Riot partnered up with content creators from...
Matches
Time zone: UTC (GMT 0)
Advertisement

League of Legends All-Star Event is returning in December

LoL Clash returns in December for final beta test before 2020