Everything is set for the 2020 LEC Spring Split playoffs. The regular season has come to an end with G2 Esports claiming first place in convincing fashion. Teams are now shifting their focus to the playoffs.

The LEC Spring Split playoffs will run from April 3 to April 19, where a champion will be crowned. The split’s final standings are as follows:

G2 started the season with a role swap between Luka “Perkz” Perković and Rasmus “Caps” Winther. The swap was a statement to the whole league, saying that if no one was going to challenge them, then they would challenge themselves by playing a different style. The experiment was a success for the most part. Caps is an outstanding player, but he lacks the X-factor that made Perkz one of the best bot laners in 2019.

G2 finished the season in first place and made it look easy. Match after match, G2 dominated the competition with clean, aggressive play. The team dropped three games through the entire season, due in part to Caps’ inexperience as a bot laner.

An interesting note is that all three defeats came from unexpected challengers in MAD Lions, Misfits, and FC Schalke. The teams at the top couldn’t take a single game from the defending champion.

Considering the individual talent and current form of the team, it’s fair to assume that G2 is on its way to a third consecutive LEC title.

2) Europe is deep in talent, as shown by LEC’s rookies

MAD and Misfits mixed young players and veterans on their rosters. This received mixed reactions from fans at the time.

Misfits was coming off the worst split in the team’s history, while MAD erased a popular brand in Splyce. The expectations were low and the competition underestimated the potential of these two rosters. Nine weeks later, MAD and Misfits are looking good heading into the playoffs.

The teams are far from perfect, but the talent and potential is there. It goes to show the importance of having a competitive environment that nurtures the next generation of LEC players. Also, it proves that big names do not always equal success. In the LCS, fans see a rotation of the same names with only a handful of new talent joining every season. That talent, more often than not, is imported.

3) LEC is good enough to create its own meta, rather than imitating LCK

In the past, every region copied whatever was popular or strong in the LCK and took it at face value. As a result, the Korean teams were an unstoppable force that claimed title after title internationally. Between 2017 and 2018, the regions realized that playing your own game is better than just copying the Korean meta.

Right now, the meta is at a flexible point and every region has its own unique approach to the game. Most importantly, the teams are not afraid of going off-script and trying new things. Comfort is better than going full meta, which has seen pocket picks coming out more frequently.

In the LEC, the teams are willing to experiment and are coming up with creative alternatives to the norm. Playing one’s own game and creating a regional meta is the key to success for the LEC.

The 2020 LEC Spring Playoffs will see a new format used. The top four teams start in the upper bracket while fifth and sixth battle in the lower bracket. All series in the playoffs are best of fives. 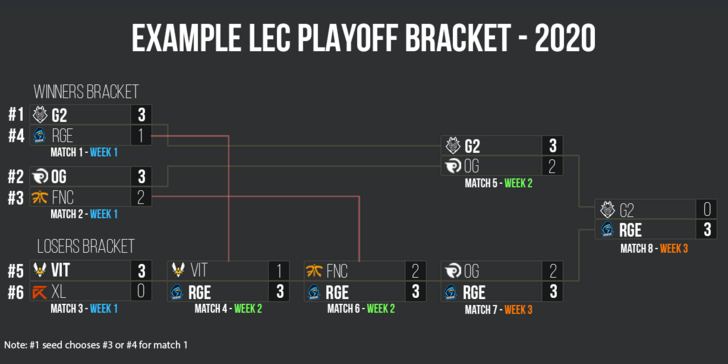 Is Fimbulwinter from Wild Rift coming to League of Legends?

Who will win Worlds 2021? The best Crystal Ball Pick'ems