It’s time for playoffs in the 2020 LCS Spring Split. This year, the teams are competing in a new format that gives the top four seeds more than one chance to make it to the finals.

The regular season ended with three teams fighting for sixth place and a three-way tie for second. With all of the tiebreakers out of the way, the stage is nowset for the playoffs. This year, the teams are not getting Championship points in the spring, so the only prize is a ticket to the Mid-Season Invitational.

At the end of week nine, the standings looked like this:

The four-time LCS champions will not defend their title this spring. Team Liquid finished the regular season in ninth place, becoming the first defending champion to miss playoffs in the LCS.

Liquid is not interested in developing young talent through the academy team. The organization knows what it wants and pays for it. Every offseason, Liquid gets an upgrade, a new player that can take the roster to new heights. What seemed to be a smart strategy, it completely backfired in 2020. Liquid got rid of Jake “Xmithie” Puchero and replaced him with Mads “Broxah” Brock-Pedersen, who joined the team in week four of the competition.

What Liquid considered to be an upgrade turned out to be a mistake. It’s painfully obvious that there’s no synergy between Broxah and his teammates. Before the season started, bottom laner Yiliang “Doublelift” Peng said that replacing Xmithie was potentially a mistake, and he was right. Broxah’s style doesn’t match the style Liquid is accustomed to playing.

Now, Liquid has a chance to build that synergy and get the team back on track.

The LCS is using a new playoff format in 2020. The teams are playing in a double-elimination bracket with every match to the best of five. Top four teams play in the winners’ bracket, fifth and sixth start in the losers’ bracket. 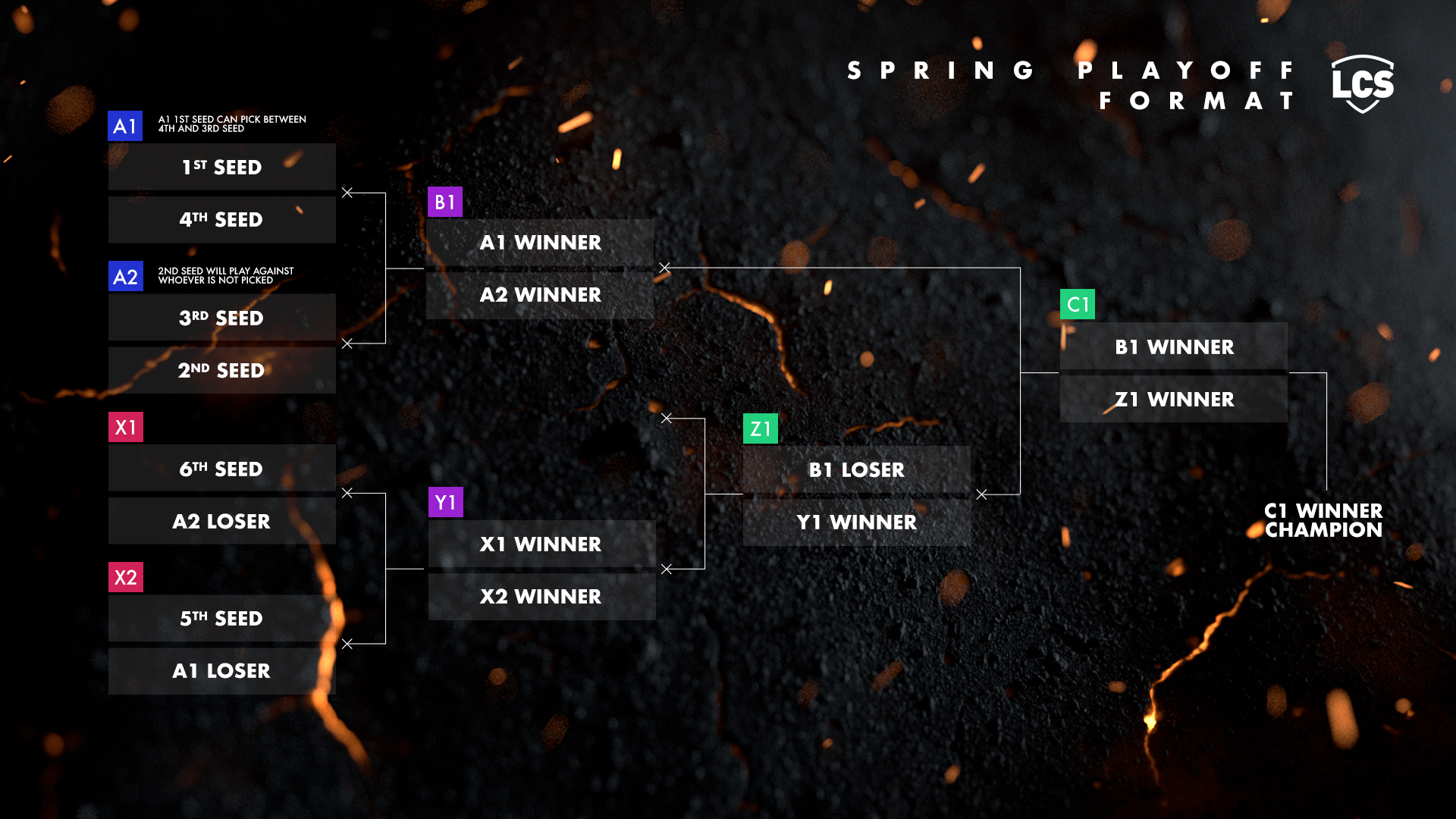 April 4 – Evil Geniuses and FlyQuest play on round one of playoffs. The winner is seeded into round two, loser falls to the lower bracket and plays against TSM.

April 5 – Cloud9 faces 100 Thieves in the second series of round one. Winner advances, loser falls to the lower bracket and plays against Golden Guardians.

April 7 – Golden Guardians plays against the loser from the winner’s bracket. Winner advances to round two.

April 8 – TSM plays against the loser from the winner’s bracket. Winner advances to round two.

April 18 – Round three of playoffs.

Where to find and farm Dandelion Seeds in Genshin Impact

These are the teams for the 2021 LEC Spring Split playoffs

These are the 2021 LCS Mid-Season Showdown teams