Peanut returns to the LCK 2021 with Team Dynamics

Jungler Han “Peanut” Wang-ho is returning to the LCK after signing a two-year deal with Team Dynamics.

Peanut is back in South Korea and has joined Team Dynamics as its starting jungler for 2021. Peanut returns after playing for a year with LGD Gaming in the LPL.

2020 was a good year for Peanut. LGD, a team that doesn’t usually achieve much domestically, snatched the fourth LPL seed to the World Championship. The team fought its way out of play-ins and made it to the main event. LGD looked shaky at Worlds, but when it mattered the most, the team pulled off more than one upset.

LGD decided to go for a completely new roster in 2021 and Peanut found his way back home. 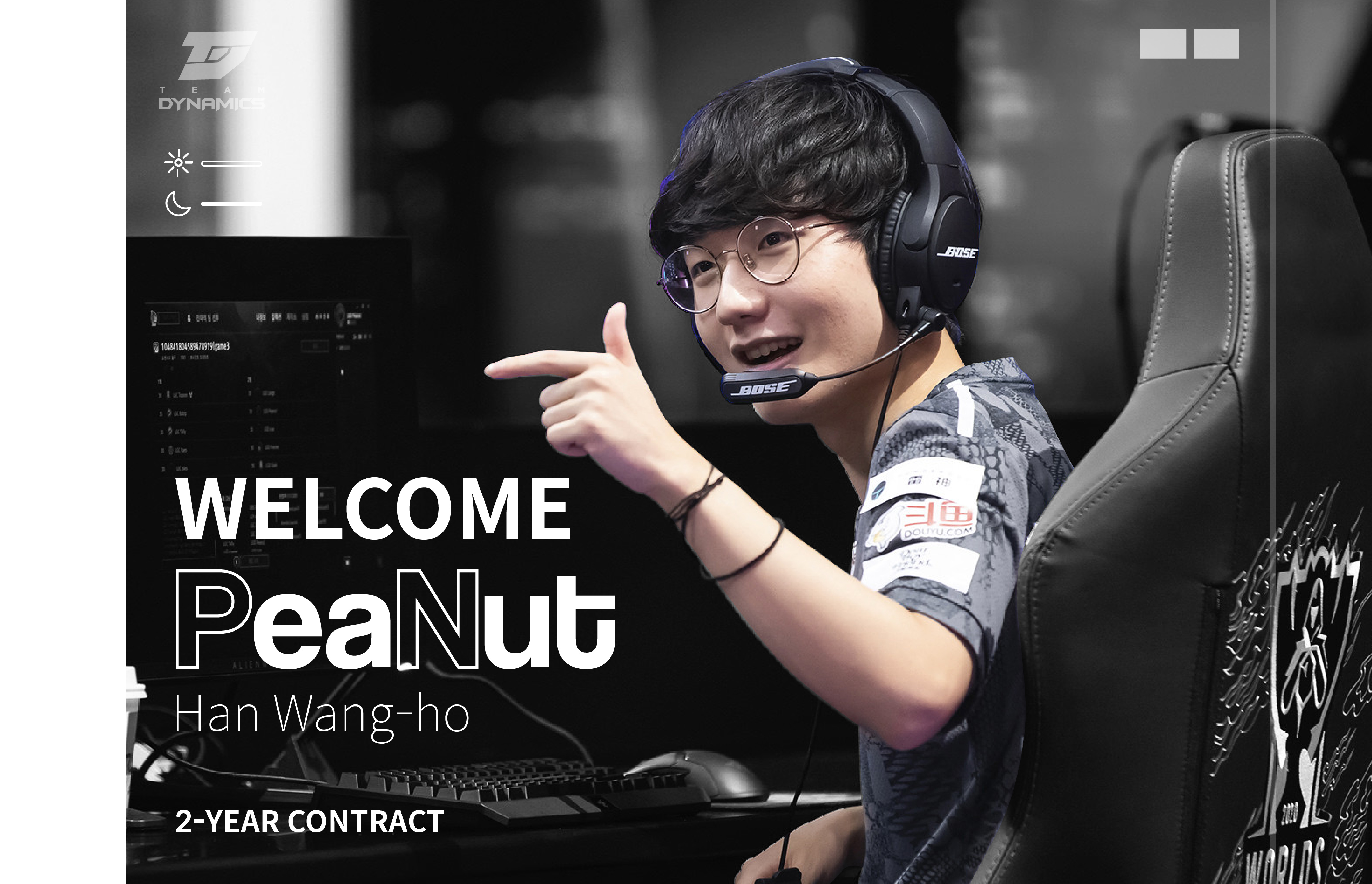 Team Dynamics is a well-known organization in the Challenger scene. The team finally achieved its goal of making it to the LCK in summer 2020, where it struggled to stay competitive. Team Dynamics only won five games during the season and finished in eighth place. In the offseason, Team Dynamics got chosen as one of the teams taking part in the newly franchised league.

Peanut received multiple offers, but he ultimately chose Team Dynamics because the management gifted him with cat supplies. The organization also prepared a PowerPoint presentation for Peanut’s parents and, while it wasn’t the biggest offer, the team had the warmest approach.

Team Dynamics is betting on Peanut

Team Dynamics finalized its 2021 roster and Peanut stands out as the only high-profile player in the squad.

The team decided to keep top laner Lee “Rich” Jae-won and bot laner Seo “deokdam” Dae-gil. The bottom lane is completed with Gen.G and Jin Air Green Wings alumni Kim “Kellin” Hyeong-gyu. In the mid lane, Dynamics is taking a risk and starting rookie Park “Bay” Jun-byeong, who only has experience as a substitute for Griffin.

For the first time, Peanut will be the veteran on the roster. In the LCK, veteran players are expected to take a leadership role and guide the rookies through the split. It’ll be interesting to see how Peanut handles his new role as he finally returns home.