Overwatch 2 was officially announced at BlizzCon and with that reveal came details on the new additions to the game. Alongside a visual update, new maps, and new heroes, the sequel will introduce a number of new game modes.

Overwatch 2 will focus on cooperative gameplay, with the biggest addition being a full-time PvE mode. Much like the Archives events that happen once a year, players will have the chance to play story-driven missions against AI-controlled enemy forces alongside other players. There are two distinct PvE modes that have been discussed by Jeff Kaplan so far, being Story Mode and Hero Mode.

As the name suggests, Story missions will be heavily focused on Overwatch’s lore. Each of the missions will be based around specific moments in Overwatch history, with each map offering just a handful of heroes to choose from for that particular mission.

As with the Archive missions from the original game, each mission will open and close with a cutscene. According to Kaplan, missions only have four playable heroes, but the team is working to try and expand that selection.

The story missions have been expanded in scale, with Kaplan stating that the first map will be at least twice the size of maps that players are used to. There will also be a new item system in this new mode, providing bonuses such as shields, portable health packs, and corrosive grenades. Kaplan compared the item system to the popular battle royale game Apex Legends, as they will be hidden around the map and color coded according to rarity. 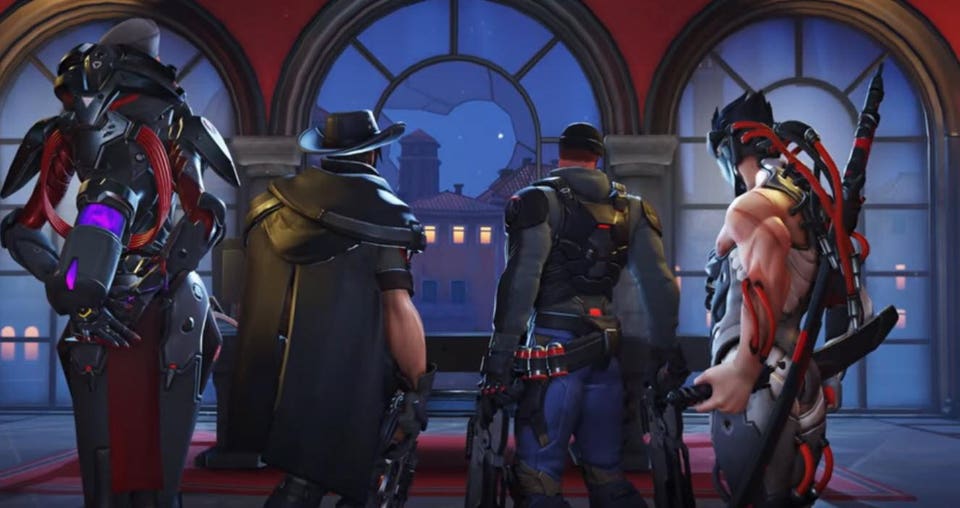 Hero missions give players a new way to play with their favorite heroes, offering simpler objectives than the story missions while still being a co-op PvE mode. Unlike the Story missions, hero selection is not limited and even comes with a progression system.

The progression system allows players to level up their heroes and unlock new abilities referred to as Talents. While the base abilities remain the same, talents allow for players to customize their favorite heroes based on how they play.

For example, at Level 1, flagship hero Tracer can learn one of two talents. The first, Adaptive Reload, enables Tracer to automatically reload every time an ability is used. The other option is Chain Reaction, which causes secondary explosions from her ultimate. The next talents are chosen at levels 10 and 20.

Kaplan hinted that Overwatch 2 may be a long way away from release. Fans are welcome to salivate over the trailer for the game, but shouldn’t start counting the days until its release quite yet.

Everything we know about Blizzard’s Overwatch 2 so far

Overwatch 2 to be revealed at BlizzCon, alongside new hero and modes

Overwatch 2 meant to be challenging, may include ping system

Blizzard cancels annual BlizzCon events, and this is why

Blizzard sued for gender discrimination by US government

Sombra and Bastion are set to be reworked for Overwatch 2