Riot Games has revealed the dates for the TFT Set 4 North American qualifiers, a series of competitions for the best Teamfight Tactics players in the region.

North American TFT players are getting a new chance to compete with the TFT Set 4 NA qualifiers and, there will be four three-day qualifiers:

Players that couldn’t compete in the previous qualifiers will get one last chance through the open qualifier. The final event will run from March 1 to March 5. There’s a $5,000 prize pool for each qualifier. 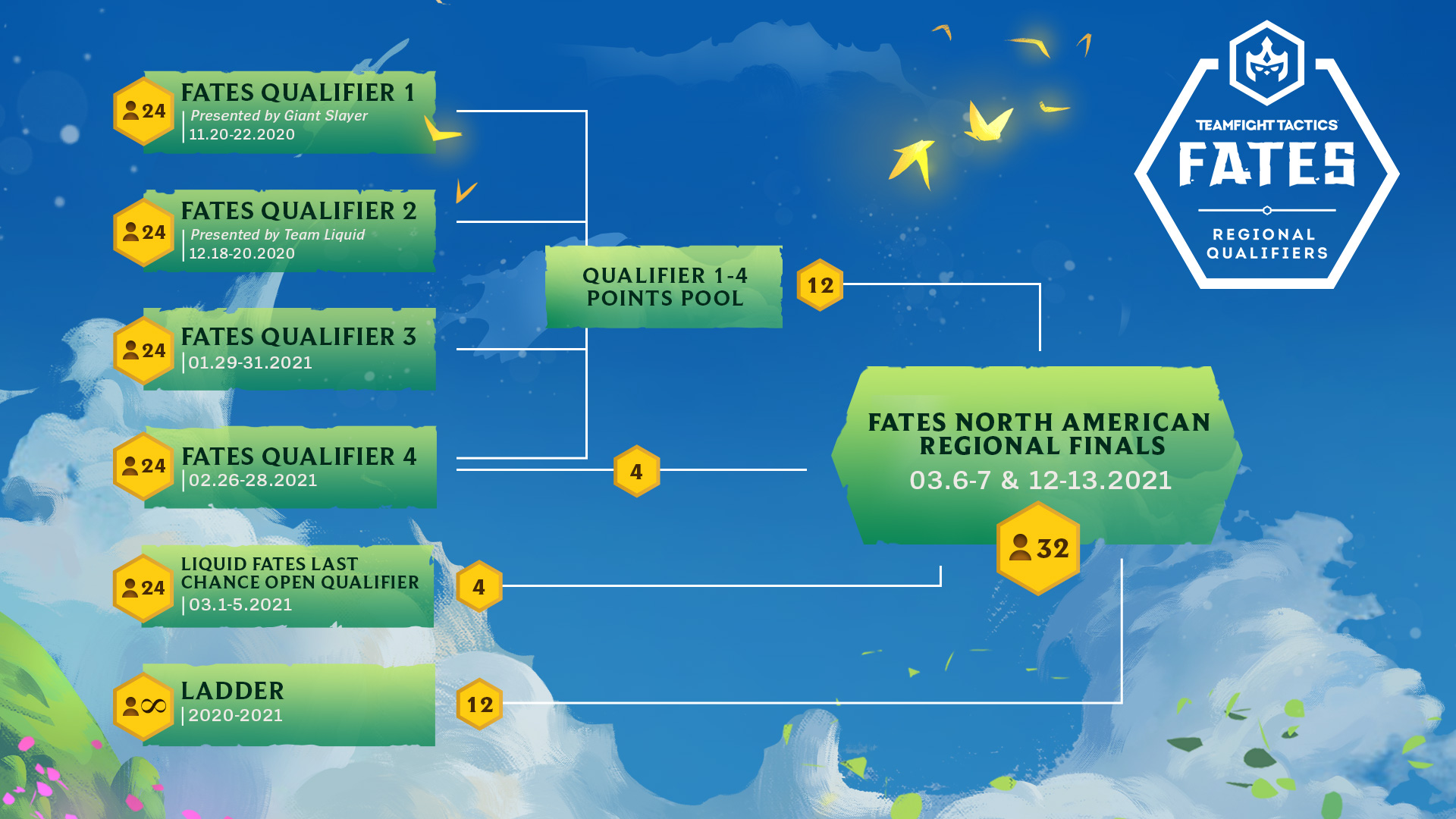 Who can compete in the TFT Set 4 NA qualifiers?

Each round of qualifiers will have 24 players divided into three pools of eight. The distribution is as follow:

The ladder snapshots will be taken every Wednesday at 12:01 AM PT. The top 100 players from the ladder will receive points, and players are required to play a minimum of 10 games every week to be eligible.

The Wisdom Weekly Challenger Series will send invitations to the top eight players from the ladder, and the series takes place on Mondays.

32 players will advance to regional finals, but only one will ultimately earn the right to call themselves the champion of Teamfight Tactics.

Here’s how all of the ranks work in Teamfight Tactics

Riot says Teamfight Tactics has over 33 million players per month