For the longest time, Europe has been the region that is “almost there”. Multiple European teams have now gotten close to a title victory only to come up short. There are two names that stand out here, the two European powerhouses that are always in contention: Fnatic and G2 Esports.

In 2018, Fnatic was the best team in the region. The squad had a decent showing at the Mid-Season Invitational and made it to the World Championship final. At the Munhak Stadium in Incheon, Fnatic got closer than ever before but once again, it wasn’t enough.

Defeated, the team returned home and the unthinkable happened when star mid laner Rasmus “Caps” Winther decided to leave the team. Not only that, Caps was leaving Fnatic and joining G2, home to one of the best mid laners in Europe, Luka “Perkz” Perković.

Decisions were made and Perkz stepped down, as he left the comfort of the lane where he started his career and became a bottom laner. It was an unprecedented situation, a crazy experiment that many expected to fail. What happened in the following months changed the LEC forever. 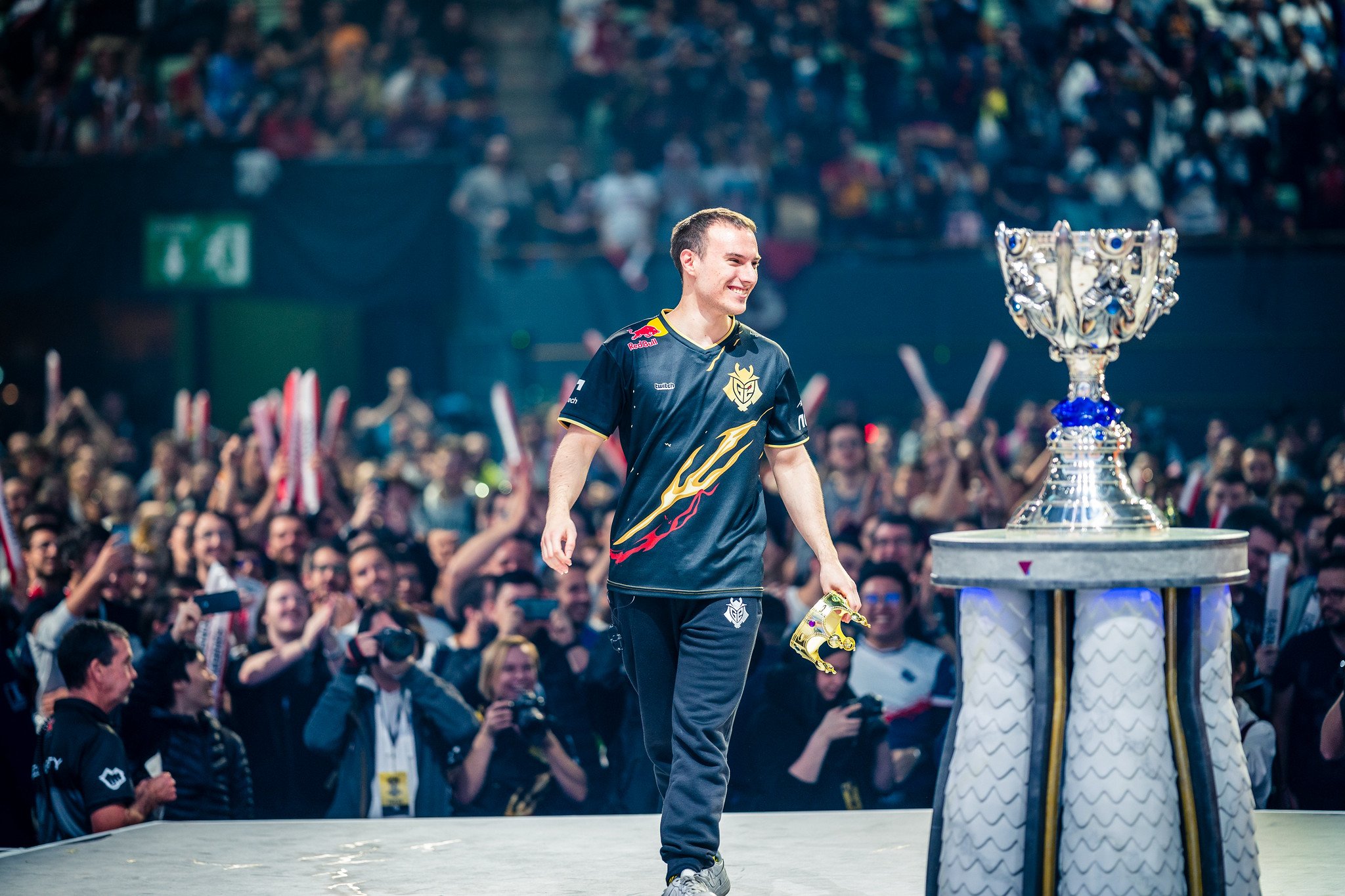 The new iteration of G2 modified the way teams played League of Legends in Europe. This new team became the trendsetters, the role models, the team that every other squad aspired to be. G2 made League of Legends fun again and blew the meta right open. G2 changed the rules and forced the rest of the European teams to adapt. At times, they made it look easy.

Spring was a walk in the park for G2, as the team took over the LEC and rolled over every opponent. G2 won the first LEC title of the year and headed to MSI full of confidence. The team faced the first major obstacle when support Mihael “Mikyx” Mehle got injured. Reports were worrying, and Mikyx was about to miss the tournament and probably the next season if the team didn’t adjust. Hampus “promisq” Abrahamsson came in, Mikyx had time to recover, G2 was safe and they would end up winning the tournament.

MSI allowed G2 to show just how big of a threat they really were. The message was loud and clear that G2 was not playing around. 2019 was G2’s year, the year when they would be good enough to take the World Championship title.

The Summer season was a formality for G2. Even when Fnatic put up a fight, G2 had fate on its side. In Athens, G2 took another step on the golden road and came closer to making history. The World Championship was the next item on the list.

G2 takes over the 2019 World Championship

G2 dominated the group stage, but one defeat marred an otherwise perfect record. Griffin won a tiebreaker and G2 had to settle for the second seed coming from Group A. It wasn’t the ideal outcome, and it meant having a harder opponent in quarterfinals.

Damwon Gaming was the first opponent in the bracket. The young LCK team had been dominating the competition, so many people expected Damwon to win and make it all the way to the final.

In the end, experience won the day and G2 took the series with a convincing performance. G2 headed to the semifinals where they would face the three-time World Champion, SK Telecom T1. Against SKT, G2 showed impeccable macro play and outstanding teamwork. G2 was the only team at Worlds to face and defeat all three LCK teams.

Now, G2 is three games away from making history and becoming the first team to complete the golden road. They have a chance to make it in front of a European audience. The opportunity is too perfect, and the only thing between G2 and eternal glory is FunPlus Phoenix.

G2 and FunPlus share similar strengths, as both teams have strong players, have excellent macro play, and broad champion pools. These teams are creative, inventive, and are not afraid to go against the current meta. They are fun to watch and their playful personalities make them extremely entertaining.

If there is one European roster that can win a World Championship, it is the current iteration of G2. Every player in the team is the number one player in their role in the region, even when one of them swapped roles less than a year ago.

Martin “Wunder” Nordahl is not the carry of the team, and as a top laner he has a very specific job. Wunder must absorb pressure, look for opportunities, and make it to the mid game with any type of advantage. Recently, Wunder has taken a secondary role on the team, and it’s not because of his condition but because of the state of the game. He could still surprise the opposition, just like he did at MSI when he played the first-ever game of Pyke top lane on the professional stage.

Jungler Marcin “Jankos” Jankowski is the backbone of the team, G2 revolves around him and rely on him to get the ball rolling. Through the tournament, Jankos had ups and downs, and he’s not showing the clean performance that earned him the LEC Summer MVP title. However, he still is one of the best junglers in the world and even when his methods are not looking as polished, he gets the job done.

Caps was the key to victory in the match against SKT. He doesn’t need to be in the front-line shooting at the enemies, he can be split pushing and quietly winning the game. Since he joined G2, Caps has evolved into a well-rounded player that can adapt to the team’s needs. That collaborative environment will help G2 against an opponent that has the best teamwork in the tournament.

Perkz and Mikyx need no introduction, it’s an unlikely duo that in record time became the best in the region. It is fair to say that Perkz’s transition was smooth because of Mikyx and what he brings to the table as a support. This duo can play safe, can take risks, and carry the team to victory.

Can G2 accomplish what no other European team has accomplished yet in the modern era? Find out on November 10 when G2 and FunPlus play the World Championship final in Paris.

Only six fans have perfect Pick'em scores for Worlds 2021