Progressive penalties have finally arrived for AFK players in Valorant. Long requested penalties for text-based and AFK offenses have been implemented into the game.

Penalties for AFK and chat offenses include warnings, revoked XP after games in which a player was AFK, queue restrictions, ranked rating deductions, comms restrictions, and temporary game bans. This implementation comes after months of players asking for AFK players to be punished more harshly.

Games of Valorant have a tendency to be long and can stretch to over an hour in some instances, so the desire to AFK may be strong, especially if something comes up, but it is unfair for those left in the game who then must compete with a disadvantage. 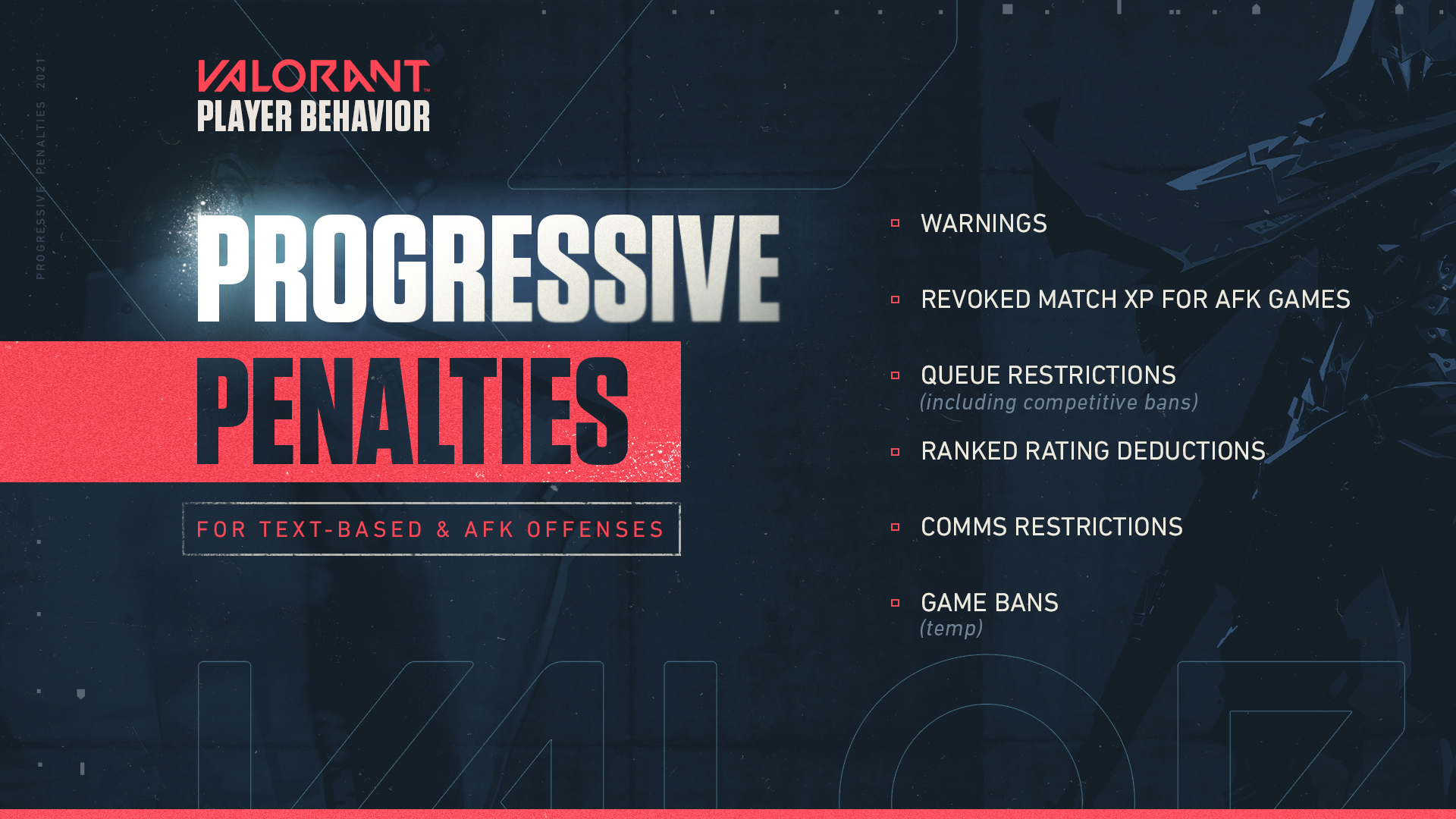 Although an increase in punishment for players who AFK or who abuse chat has been long requested, the response has been mixed. Many think that the increased punishments aren’t enough and that if players don’t care enough to stick around for the entire match, they don’t care about their ELO or their XP.

There have also been concerns about comms restrictions. Since Valorant is a team-based game, players generally aren’t happy with a chat ban being the solution to any problem and want much harsher punishments, such as temp bans or queue restrictions.

Although comms restriction isn’t the only thing a player can be punished with, players are hoping that it isn’t one of the first things the game goes to in order to issue penalties. This is especially true with chat related offenses, where players would rather see the offender punished in a more harsh manner, such as temp bans or queue restrictions for long periods of time.

Will disconnecting from Valorant cause penalties?

There is another huge flaw with these kinds of punishments. That is when players disconnect unintentionally from games or lag out to where it looks like they may be AFK, but really their internet connection has failed. This is always a point of contention with players when games issue bans for disconnecting from games early because the game can’t always tell when a player is exiting out of the game themselves, or the connection was lost entirely. It is a common occurrence, and players certainly are concerned about what happens in these situations.

Some suggestions from players have been to add a kick feature which would require all teammates to vote to kick a toxic or AFK person, a surrender vote, or a way to stop players from losing rank if someone has gone AFK or disconnected from a match, and increasing the rank lost for someone who has trolled the game or intentionally disconnected.

What Pokemon type are you? We have the answer

These are all the ways to mute a player in CSGO

Developer explains why ego peeking in Valorant is a good thing

Here are all 7 Valorant Episode 5 maps, ranked by difficulty

Cypher is still good in Valorant with this sneaky Pearl setup