TFT is starting the year with some major changes that include a new trait with two new champions. This will be the second set of new units to be added to Set 2 Rise of the Elements, the first one being Soulbound with Senna and Lucian.

Leona is a tier-one Warden and Lunar. Leona’s ability is called “Lunar Barrier” and it reduces all the damage done to her by 40/90/140 for 5 seconds.

Karma is a tier-three Mystic and Lunar, and her ability is “Inspire.” At the start of the combat, Karma creates a bond with the closest unit and grants the ally a shield that absorbs 250/400/800 damage for five seconds. The ally also receives an extra 60/70/80% Attack Speed.

Compared with Soulbound, which is more of an offensive trait, Lunar is a defensive trait that boosts the carries on the team. The Warden trait makes Leona a reliable and cheap from line. The additional Attack Speed granted by Karma is a good boost for the carry on the team.

Leona and Karma are not the only new faces in TFT Patch 10.1, as the game also added three new little legends.

Flutterbug, Craggle, and Tocker are the new little legends available. Flutterbug is a small bug that loves hiding. Craggle is a statue made of Demacian petricite that resembles Galio. Tocker is a little bird that enjoys tinkering with things. Each little legend egg is expected to go for 750 RP. The little legends will hit the store later this week. 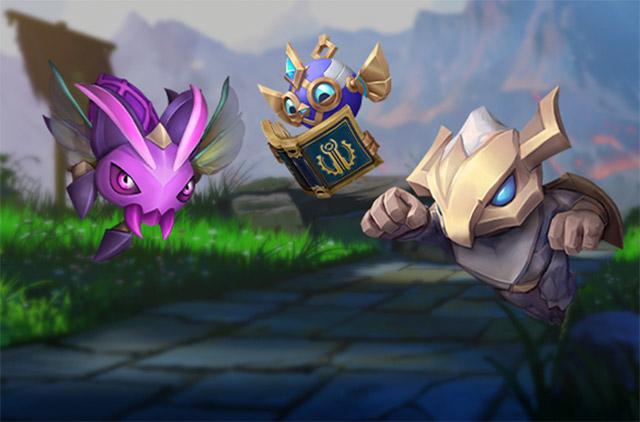 TFT Patch 10.1 introduces a new mechanic with three items that scale based on the star level of the unit holding it. These items are Locket of the Iron Solari, Luden’s Echo, and Statikk Shiv.

Because of the scaling mechanic, these items work better with units from tier three and below because they're easier to get to three stars.

The new items bring new options to the board, and new mechanics like scaling encourage players to pursue three stars units. The meta is likely to shift around some of these items to better take advantage of them.

Changes to champions in Patch 10.1

At least two champions from each tier received a nerf or buff in Patch 10.1, and the most significant are Amumu and Nocturne.

Amumu is a Warden-Inferno that was introduced alongside the Soulbound champions. Soon, Amumu became one of the favorite five-cost units for players. The AOE plus a Morellonomicon and the Inferno trait literally set the board on fire. The only way to counter Amumu was to kill him fast.

In Patch 10.1 some of his power was taken away.

Amumu still is a good option in the late game and the nerfs should not affect his playability.

The other champion to be nerfed is Nocturne. This unit was the favorite of the players in recent updates. Because of the bugs that made him deal more damage, Nocturne was easy to abuse if it was part of a Blademaster composition. Patch 10.1 addressed those bugs and made adjustments to the base stats.

This means that the “blender” meta is finally over.