Griffin’s new roster debuted in the 2019 KeSPA Cup with a defeat as the team was eliminated in quarterfinals by Sandbox Gaming.

Griffin’s highly anticipated debut in the 2019 KeSPA Cup was underwhelming, and the team finished the day with a 0-2 score and were eliminated from the tournament. It is the first appearance for the organization since the World Championship, as the team has been going through a series of scandals.

The differences between the new Griffin and its previous version are obvious. The players are not completely synced and they’re lacking a true shot caller. Throughout the series, it was clear that the players were hesitating to engage or go for objectives. This miscommunication resulted in multiple poor plays that led to Sanbox’s victory.

Not everything was bad for the new Griffin roster. Naehyun had a solid game on Qiyana, as the mid laner was aggressive and showcased his mechanical skills. Naehyun and Tarzan worked well together throughout the series and are looking like a promising duo for 2020.

On the other side of the rift, Sandbox showed a strong performance and good synergy despite their roster changes. Sandbox moved to semifinals where they will face the winner between Gen.G and T1.

The second series of the day between Hanwha Life Esports and Afreeca Freecs was delayed due to an audio issue. According to a statement by KeSPA, the audio mixer failed and the players couldn’t communicate effectively. After hours of waiting, KeSPA sent the fans home and offered refunds. Those affected will be invited to a viewing party for the final on January 5.

The series was not canceled, and at 12 AM local time both teams entered the booths to play game one. According to KeSPA, both organizations requested to keep the schedule despite the hour and play the series. After three games, Afreeca Freecs took the victory around 3 AM local time.

KeSPA was heavily criticized after the incident. Some fans questioned the association’s ability to run the event while others worried about the players. KeSPA reassured fans that it was an isolated incident and that KeSPA would replace all faulty equipment before the game between Gen.G and T1 on December 31. 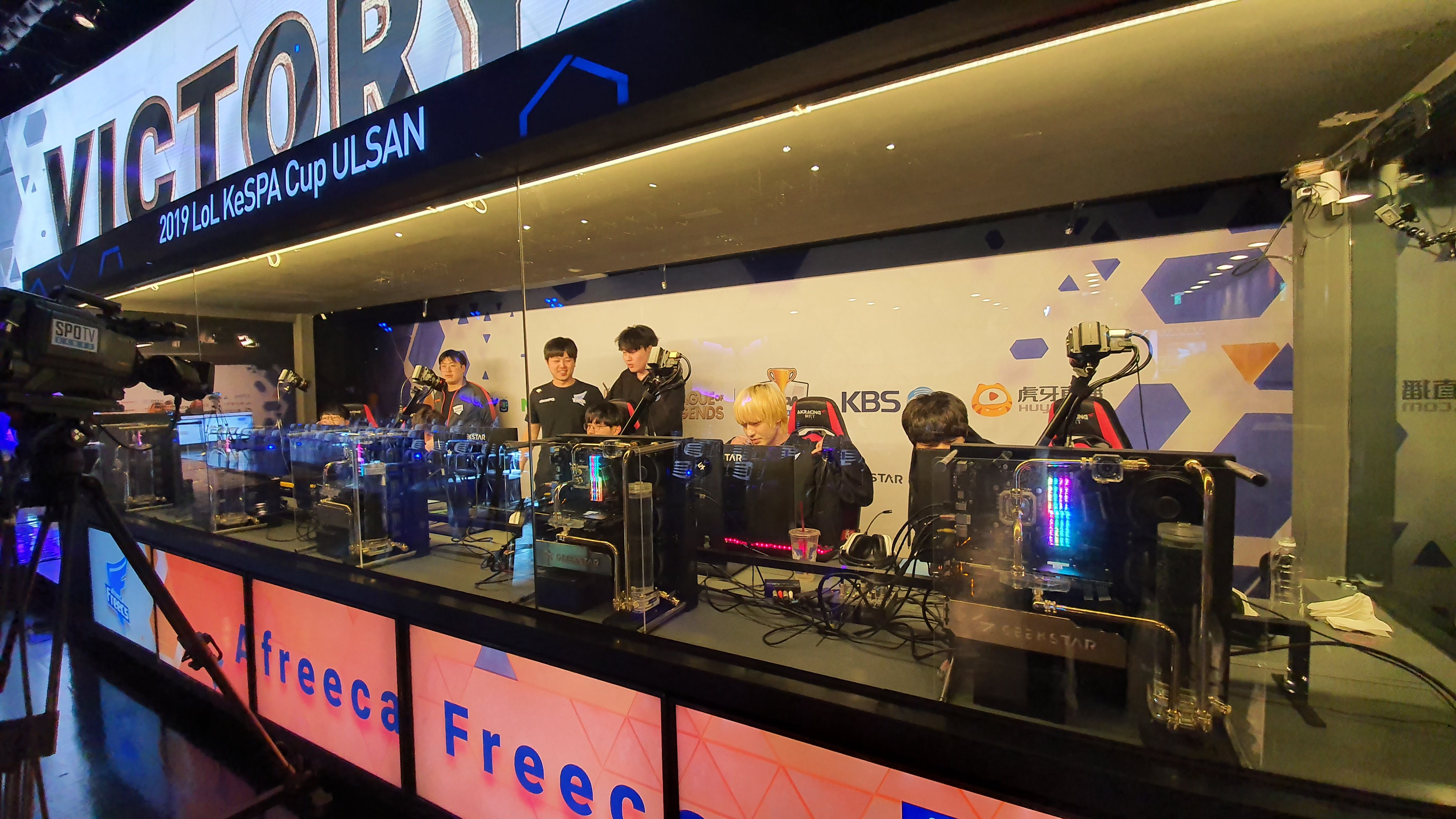 The event will continue on December 31 with two exciting series. On the first series of the day, Gen.G and T1 will go head to head. It will be T1’s debut in the tournament. So far, Gen.G has shown a strong synergy and is looking like the favorite to win the tournament. The winner will play against Sandbox.

In the second series, Damwon Gaming will face DragonX. Damwon is the only team that kept the same roster it fielded in 2019, while DragonX is showing off a brand new look. DragonX is the favorite to advance on this side of the bracket. The winner is playing against Afreeca Freecs in semifinals.

Riot Games is planning to host an online League of Legends tournament before the Summer Split, according to sources. Esports reporter Kenzi posted on Twitter that Riot Games started organizing and...

Griffin has announced former Afreeca Freecs mid laner Son "Ucal" Woo-hyeon as the new member of its 2020 roster. After months of controversy and scandal, Griffin is ready to start 2020 with a clean...

KT Rolster has reported DragonX, formerly known as Kingzone DragonX, for alleged player tampering, and the organization took the matter directly to Riot Games Korea. DragonX is in hot water after a...

The LCK has seeded directly into the Rift Rivals 2019 finals. Damwon Gaming, Griffin, Kingzone DragonX, and SK Telecom T1 combined for seven wins in the group stage. That tally puts the Korean...

KT Rolster secured its place in the LCK Summer Split after taking down Jin Air Green Wings in the second round of the LCK promotion tournament. KT is the first team to go from split champion to the...
Advertisement

SumaiL tops Dota 2 leaderboard at both core and support positions

These are all of the biggest esports prize pools from 2019

CSGO has just broken another record for highest number of players