Treasure of the Fallen Cinder arrives in latest Dota 2 update

Valve has kept Dota 2 fans on their toes of late with regular updates to Dota 2.

The latest example of this was a major shift to the MMR system, but packaged alongside of it was a new set of cosmetic items. Treasure of the Fallen Cinder dropped yesterday, featuring new item sets for Clockwerk, Meepo, Elder Titan, Shadow Shaman, Oracle, Pangolier, Outworld Devourer, Viper, Beastmaster, Phoenix, and Wraith King.

Viper’s Vanguard of the Netherswarm transformed the hero into a flying beetle. This stands apart from the existing cosmetic items for the hero, which are largely simply spikes and armor. The item gives the flying hero legs for the first time.

Beastmaster’s Legacy of a Lost Age also got thumbs-up from the Dota 2 players. The new item set suits the hero, as it stays true to the hero’s wild animal whispering nature.

Treasure of the Fallen Cinder’s top coveted items are Phoenix’s rare bundle and Wraith King’s very rare set. Wraith King’s Vile Reliquary makes the hero look like a green spirit trapped in an armor full of skulls. The set looks cool, but it has the feel of one of Necrophos’ cosmetics. 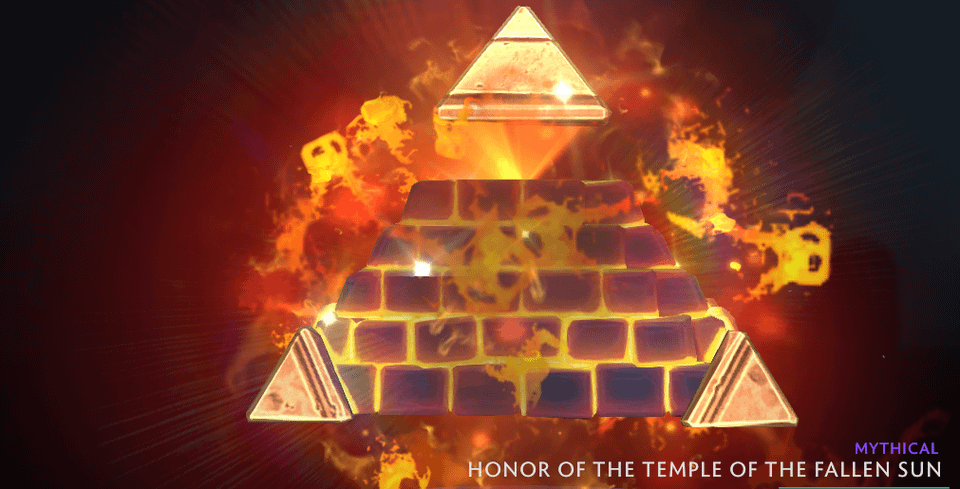 That said, the most talked-about set from this treasure is Phoenix’s Temple of the Fallen Sun. The item revamped Phoenix’s ultimate skill, Supernova. The very rare bundle sees Phoenix transform into a fiery pyramid instead of a huge, bright star. It got a few laughs when the players pointed out that referring to Phoenix’s ultimate skill as an “Egg” will now be moot.

Fans can buy the treasure in the Dota 2 store or Steam marketplace for $2.49. All items are marketable and tradable so players can also opt to buy a specific set.

Where’s your favorite hero on the Dota 2 lore tier list?

The lore behind every Dota 2 arcana and persona

Everything you need to know about Dota 2 MMR, how to check it

Everything we know about Call of Duty: Vanguard’s release