After months of controversy and internal struggles, Griffin announced its first round of signings ahead of the 2020 LCK Spring Split. 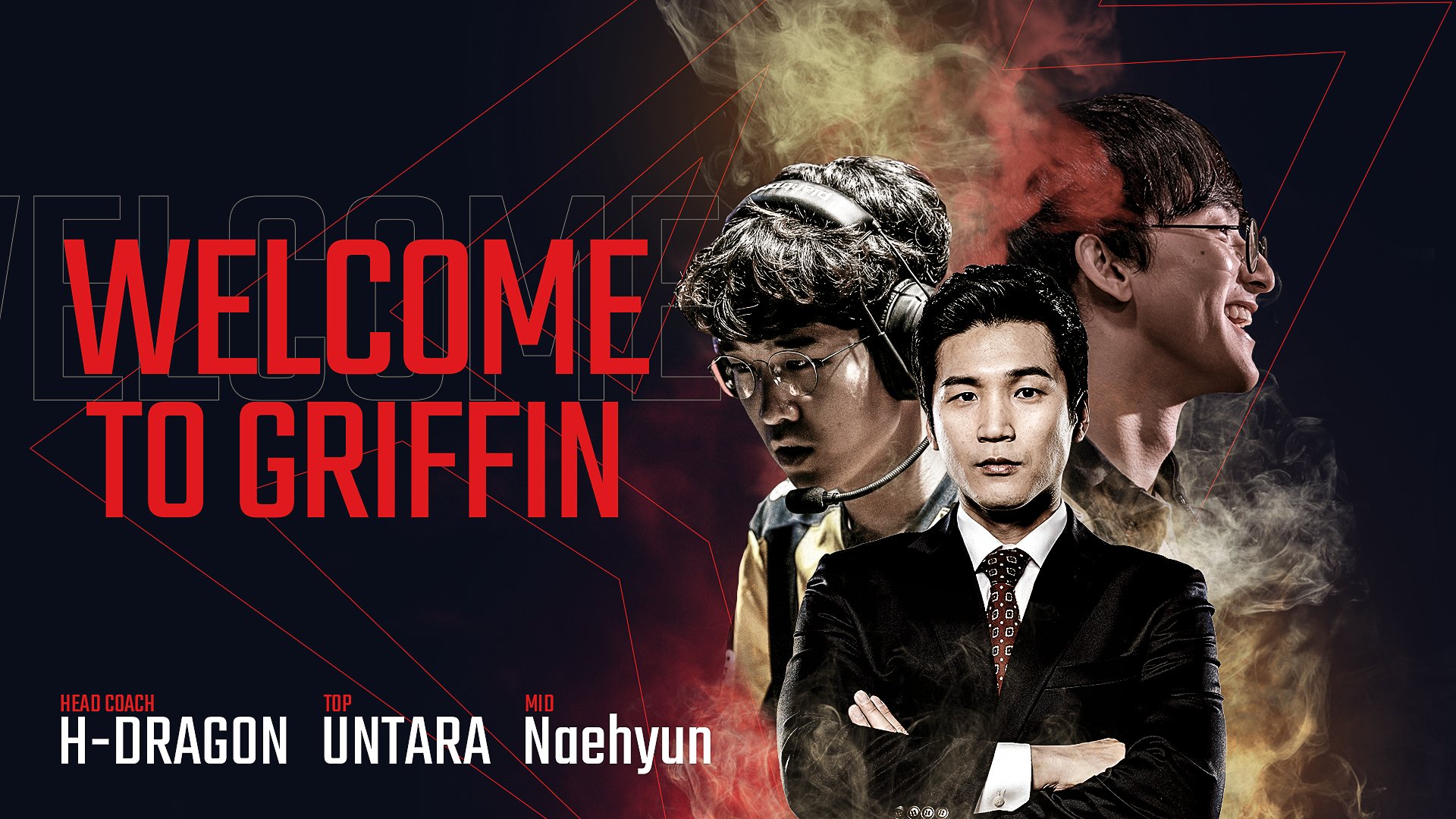 Untara joins the team after one split in Turkey playing with 1907 Fenerbahçe Esports. The TCL team failed to qualify for the 2019 League of Legends World Championship and decided to release its roster as a result. He will be looking to reestablish himself on the Korean scene with one of the top organizations in the league.

Naehyun recently parted ways with DragonX where he was the starting mid laner for a year. He is replacing mid lane prodigy Jeong “Chovy” Ji-hoon, who recently took his spot on DragonX. Naehyun is not a flashy player, but he gets the job done and should be a reliable carry for the team. The mid laner has experience playing in Europe and Turkey.

While this is a good start for Griffin, the rest of the roster remains unclear. Griffin is under investigation from Riot Games and is undergoing heavy leadership changes. The team was also forced to release some of its players due to violations of contract rules. Chovy has already signed with DragonX and support Son “Lehends” Si-woo recently signed with Hanwha Life Esports.

Bot laner Park “Viper” Do-hyeon, jungler Lee “Tarzan” Seung-yong, and top laner Choi “Sword” Sung-won are still under contract with the team. Untara’s signing could be an indication that Sword is preparing to leave the organization. It remains unclear if Viper and Tarzan will continue to play with Griffin or if they will find new homes in the LCK.

The year is coming to an end and most organizations have already finished their rosters.

Ruin, Kirei depart from 1907 Fenerbahce after washing out of MSI

Only six fans have perfect Pick'em scores for Worlds 2021