The Teamfight Tactics: Galaxies mid-set update is coming out on June 10 with patch 10.12.

The ranked act two will start with patch 10.12. The ranks will reset and players will start one tier below the tier where they finished the first half of the set. For example, if a player finished Silver 4, they would start as Bronze 4. Players have exactly one month to grind and climb the ladder. Those players that finished Gold or higher in Rise of the Elements will receive a Victorious Little Legend. The same reward will apply for TFT: Galaxies in the future.

The second half of the set will include a new free pass and the Galaxy Pass+ that will sell for 1,295 RP. The new pass will feature new content that players can earn by playing. The content includes arena skins, emotes, booms, and little legends eggs. New little legends will also arrive with patch 10.12, and a new egg will include the three new species.

TFT Mobile players will get exclusive cosmetics with the mid-set update. Patch 10.12 will mark the official opening of the in-game store for the mobile version of the game. According to Riot, the developer is focusing on making TFT optimal for mobile and once they achieve that optimal level, they will work on launching TFT for tablets and pads.

TFT gets competitive with tournaments

Back in April, Riot revealed the plans to launch a competitive scene for TFT with the Teamfight Tactics: Galaxies Championship as the main event. The championship will feature a $200,000 prize pool and is open to players from all regions. The exact requirements are yet to be revealed, but it’s likely that players will need to be ranked Platinum or higher to compete. 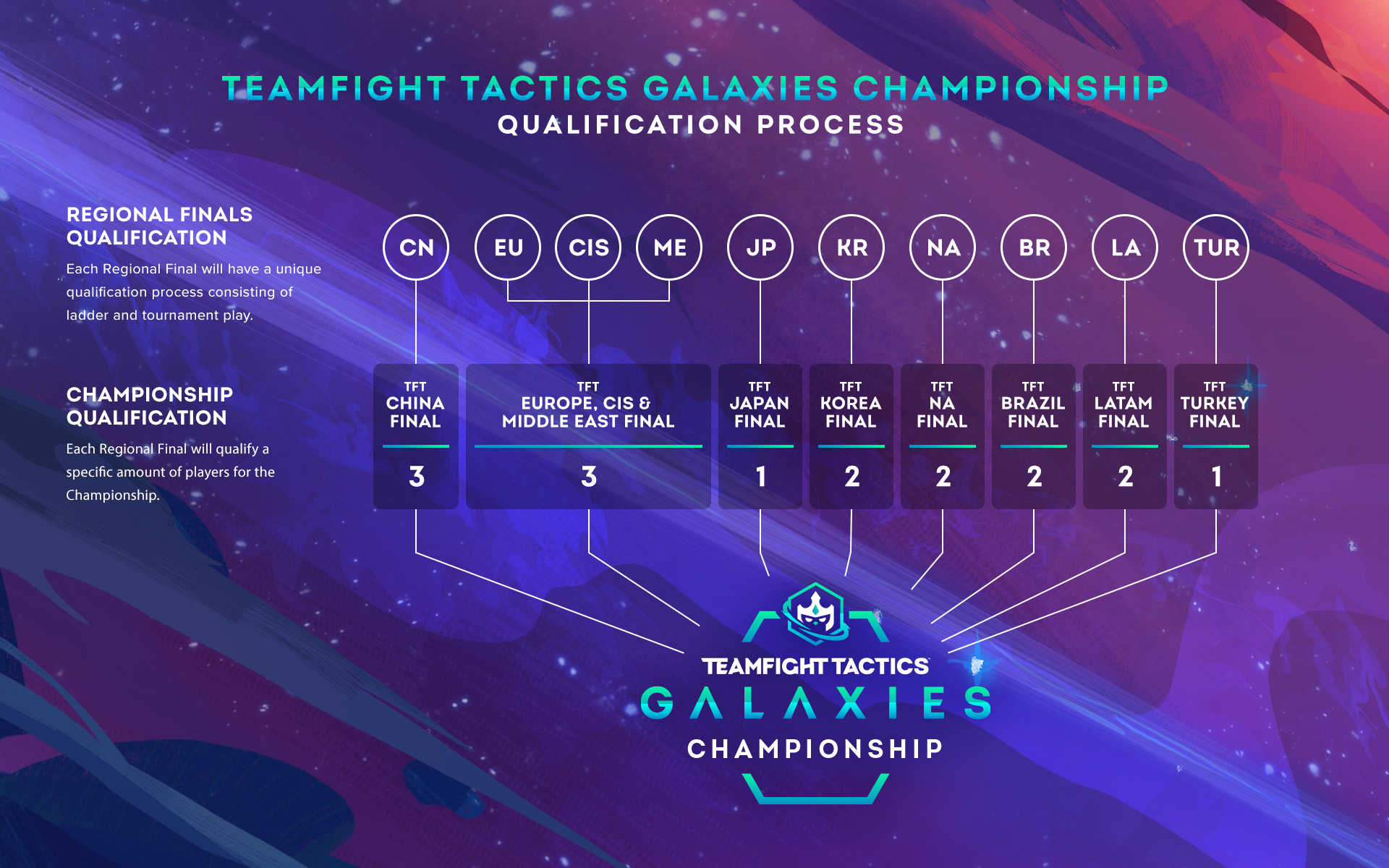 While there are third-party organizers creating TFT events, Riot hasn’t yet launched any in-client events. The competition was supposed to start in the first week of May, but it might be moved to June to match the mid-set update.