According to Esports Earnings, the total winnings of American players in Counter-Strike: Global Offensive has eclipsed that of Sweden. This places the United States second overall in CSGO earnings, behind only Denmark.

As of this writing, the United States sits at $9,249,654, while Sweden trails by a narrow margin at $9,171,578. While there may be some jockeying for this position in the short-term, this highlights a shift in the pro CSGO scene that has played out over the course of several years. 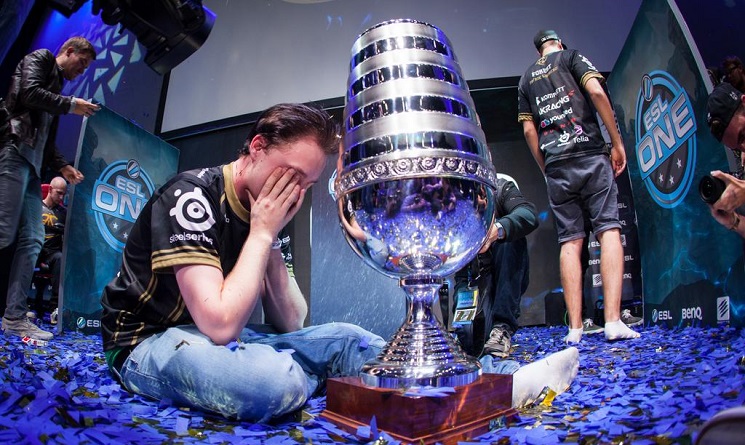 Fnatic, Ninjas in Pyjamas were early champions in CSGO

In the early years of CSGO, Sweden dominated the game. Ninjas in Pyjamas and Fnatic were often considered the undisputed best teams in the game at the time, while other organizations like SK Gaming and LGB Esports fielded Swedish rosters to good effect.

That dominance was highlighted time and again at the early CSGO majors. Each of the first six majors had at least one all-Swedish CSGO team in the grand finals. Three of those saw Swedish teams go head-to-head with each other for the championship.

That success wasn’t limited to majors, either. DreamHack, Intel Extreme Masters, and ESL One events around this time were stomping grounds for Fnatic and Ninjas in Pyjamas, establishing Sweden as the premier country for Counter-Strike: Global Offensive.

That didn’t hold up over time, though. While Sweden is still a hotbed of talent and organizations like NiP and Fnatic remain capable of winning trophies and are competitive to this day with Swedish rosters, other countries stepped up as time went on. Teams from France, Poland, and Brazil proved to be the equals of Sweden’s best as mixed nationality teams also became more common.

Though the heydays of NiP and Fnatic are arguably among the best in the history of Counter-Strike, they also came at a lesslucrative time for the game. The richest tournaments at the time boasted prize pools of just $250,000 and there were no other organizers like ELEAGUE or WESG throwing around greater sums of cash.

This made those prime years considerably less rich than today, though it can also be argued that there was less competition at the top of the game to dispute NiP, Fnatic, and their peers.

The North American region has traditionally taken a backseat to the European scene in Counter-Strike: Global Offensive. The United States and Canada have long possessed top-tier talent, and some of the first years of international Counter-Strike competition saw great success by such American teams as Team 3D, Complexity, and others. But the region’s depth and infrastructure waned in ensuing years, particularly after the fall of the Championship Gaming Series and a decline in domestic popularity for Counter-Strike 1.6.

But even as the talent pool was diluted in North America, the region has always been able to muster up at least one or two formidable teams that can challenge the best in the world.

Complexity Gaming was an early standard bearer for CSGO in North America. iBUYPOWER achieved success against top international teams before a match-fixing scandal dissolved the team and saw four of its five players banned by Valve.

Cloud9 and Counter Logic Gaming would take over from there. In 2016, Team Liquid established itself as a legitimate force by reaching the grand finals of the ESL One Cologne Major, the closest a North American team had come to winning a CSGO major title. Cloud9 followed in the footsteps of iBUYPOWER with international trophy wins. OpTic Gaming entered the CSGO scene and saw success as a challenger to Astralis’ early dominance.

North America won its first CSGO major in 2018, with Cloud9 taking the top prize at the ELEAGUE Major Boston. Though the organization has fallen off since then due to constant roster turmoil, Team Liquid now stands as one of the best CSGO teams in the world after putting together a historical run of success in 2019, while the former NRG Esports team, now playing for Evil Geniuses, is stand just a step behind.

The top country in the world by a considerable margin is Denmark. The Scandinavian country has produced elite talent across a number of esports, but has been a force in CSGO throughout its history. This has allowed the country to draw in $12,308,677 over the years.

The majority of this tally comes from Astralis, which has $7,258,134 in total earnings throughout its history. The organization has won four majors worth $500,000 each, as well as the inaugural Intel Grand Slam, which was worth $1 million. The team has won a slew of other prominent tournaments including two ESL Pro Leagues and three ECS Finals.

Even if Astralis vanished, the country would still have a sizable crop of talent. There are a number of other successful Danish teams that are performing well in international competitions including North, Heroic, and the current OpTic Gaming team.

And of course, there are plenty of Danish players who have found their way to international teams such as FaZe Clan and Mousesports. 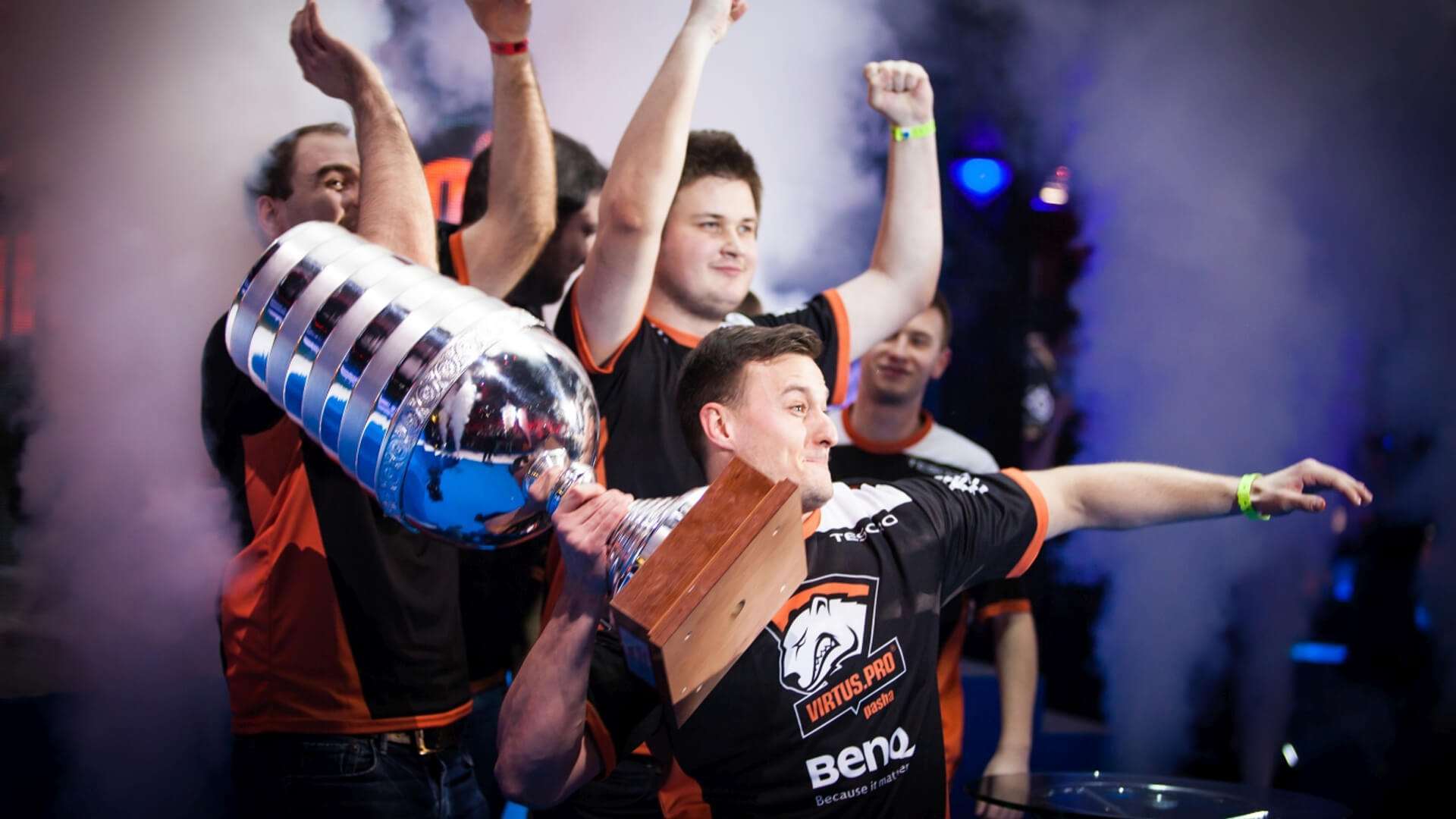 Trailing the United States and Sweden are a number of countries with strong histories in CSGO.

Brazil stands in fourth place with $6,955,956. Though the region is quite deep, the majority of this money is held by two-time major champions Epitácio “TACO” de Melo, Gabriel “FalleN” Toledo, Fernando “fer” Alvarenga, and Marcelo “coldzera” David. The squad has enjoyed success under a number of different banners including Luminosity Gaming, SK Gaming, and MiBR.

At $5,953,173 is France. Relative to some of the other countries, the money is much more spread out thanks to the winning histories of multiple organizations and constant shifts in top French rosters. This is demonstrated well by looking over the career of France’s highest-earning CSGO player Nathan “NBK-” Schmitt, who has won prominent tournaments with Team LDLC, Team EnVyUs, G2 Esports, and Team Vitality.

Behind France is Poland. Even more so than is the case for Brazil, the majority of the country’s $5,480,986 is attached to one team, Virtus.pro. The team that included stars like Jarosław “pashaBiceps” Jarząbkowski and Wiktor “TaZ” Wojtas were among the best in the game’s early years. Other organizations contributing tothe total are Team Kinguin and AGO Esports.

There is a sizable dip from there, with Canada sitting at $3,528,565 as a fellow contributor to the rise of North American CSGO. Russia trails just behind at $3,381,283, the best total in the CIS region.

Canada has fielded a number of top players that have been mixed into premier North American teams, with Team Liquid’s Russel “Twistzz” Van Dulken and Keith “NAF” Markovic standing as the top-earning players from the country by a considerable margin. Russia hasn’t had any single team that has dominated the scene for an extended period of time. The highest-earners are Natus Vincere players Denis “electronic” Sharipov, Egor “flamie” Vasilev, and Denis “seized” Kostin. Past that are players who have peaked with various CIS squads.

Xyp9x extends contract with Astralis ahead of PGL major