Very few were surprised when Cloud9 came out victorious against Dignitas today.

Cloud9 proved themselves to be unstoppable in the Spring Split and this season appears to be no different. But Eric "Licorice" Ritchie is still not thinking about Worlds. Not even the Summer Split Playoffs. He told WIN.gg that they are currently focused on just getting even better.

How does it feel to come into the Summer Split and once again dominate the NA scene?

Licorice: It feels really good. The important thing is that we had such a strong Spring Split and didn’t lose any steam coming into the summer. That happens to a lot of teams. I'm glad that we were able to keep our work ethic up and I think we will continue to be successful as well.

Have you guys thought of doing any new metas or strategies because of the lack of competition? Or have you guys been sticking to what you feel is the strongest team comp?

We’re always going to play what we think is the strongest. Sometimes it’s out of our comfort zone but that’s okay. We’ll see if we can make it happen. If it goes well in scrims we’ll play it on stage. We’re always trying to get an edge on our opponents and if we find something that works, we’re going to use it.

Are there any teams that you think will be able to challenge you for the title?

Right now I’m looking at Team Liquid to be our biggest rivals for the rest of the Summer Split and playoffs as well. Part of that is that since I’ve been on C9, there's been a rivalry with them. They’ve taken us out a couple times as well. 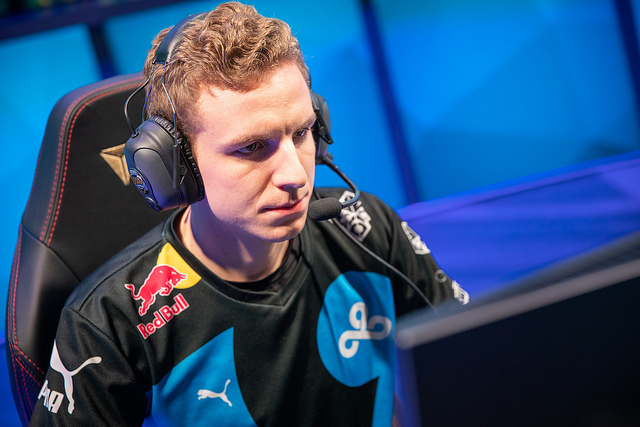 You faced them earlier in the Split. How was that match?

The match was pretty good. From a team perspective, we all did our jobs. We had a few misplays. I have been joking with Nisqy about that. But I just farmed for late game. We showed our strength as a team, but it was a bit unsatisfying.

Why do you think your team is so much stronger than the others in the LCS?

There’s a couple reasons. The biggest one is that we’re just better individually. We're better in lane, more prepared, more picks to pull from, more skills. Most people will think this about themselves, but we have the best read on the meta in the LCS right now.

Also, we work really well together as a team. We’re a really cohesive unit when we’re in-game.

What has made you work so well together?

It’s the players. All five of us are super motivated and are trying super hard to succeed and be the best at our role. That is what's required to be a strong team. Cloud9 has set us up with everything we need. The infrastructure behind the scenes...We have early morning workouts and the practice set up…We just have everything going for us, basically.

Who do you think will be the NA teams joining you at Worlds?

If I had to guess right now, I would say the teams would be us, Team Liquid, and…I think Evil Geniuses. I would put EG over FlyQuest.

I don’t know why. They just feel like the stronger team. I have no in-depth analysis.

What region do you think would be the biggest challenge for your team’s playstyle?

I don’t think it will be region-based. But I do think that the LPL has the strongest teams right now. It will be a challenge facing top LPL teams. But I don't think it’s a playstyle match up. They’re just good teams, good players.

Licorice and Cloud9 have eyes set on LoL Worlds 2020

How do you see Cloud9 doing at Worlds this year? Do you think you guys will be prepared for the other regions?

That’s the goal, right? We’ve been working really hard. We’re dominating North America. We’re still continuing to improve so we can have a solid run at Worlds. I want to be able to beat every team at Worlds.

Why do you think NA continues to struggle against the other top regions in the world? Do you think you guys are doing anything differently?

In the past, a lot of NA teams have relied on one player to win games for them. When they match up against people that are equal in skill and able to hold their own, they don’t have that same win condition they are used to having. They don't know how to play as a team.

We have five really strong players. We can play around anybody on our team, so that should help. We’ll do well at Worlds but it’s still so far away. It’s not what I’m thinking about right now.

What is on your mind now?

For me personally, I want to keep having good practice and get better. For now, just continuing to get better.