Riot has revealed a new Valorant agent and her abilities.

Sage, who appears to be the fourth of 12 agents, is a support-style agent that "creates safety for herself and her team wherever she goes." She has the ability to resurrect allies and protect them from attacks.

Developers also shared her abilities, some of which might sound familiar for players of other hero shooters. The first is Slow Orb. Sage releases a radianite orb that "breaks into a slowing field" upon impact with the ground. Any enemy caught within the field is slowed, grounded, and makes noise when moving.

Barrier Orb conjures a large, solid wall. Players can right-click to rotate the wall before casting. Healing Orb heals an ally or Sage herself to full health over a few seconds. Resurrection seems to be her most powerful ability. Sage can target an ally's body and revive them with full health after a short delay.

According to Valorant's lead developer, every agent's abilities "take commitment," since they often leave the agent unarmed while the ability is in use. Balancing gunplay and abilities will likely be key to playing Sage at a high level.

Valorant agents and their abilities

Like Sage, each agent will have four abilities. There is one Signature Ability that agents get for free every round. There are two they have to buy, which will last for multiple rounds until they're used up. And then there's the ultimate ability, which is charged by getting kills.

Although some agents haven't been officially revealed to the public just yet, some publications had access to some information regarding agents and their abilities. 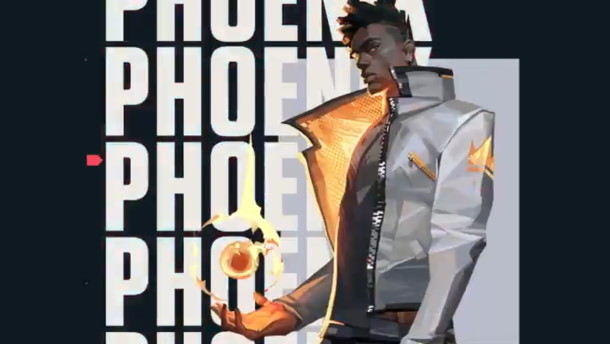 One such agent is Phoenix, whose "star power shines through in his fighting style, igniting the battlefield with flash and flare." Riot also states that he will "rush into a fight" whether he has backup or not, which sounds like a nightmare for anyone who is used to playing DPS characters that rely on collaboration.

Hot Hands throws a fireball that explodes after a delay or upon impact with the ground. The fire zone damages enemies, and heals the player that used it. Then there's Blaze, which conjures a flame wall that blocks vision and damages anyone passing through it. Players can bend the wall when casting by turning while holding left click.

His Ultimate, Run it Back, marks the player's location current location. If they die during this ability’s duration, or when this ability’s duration expires, they are reborn at the marked location with full health. This is most likely the ability that allows Phoenix players to run alone into the enemy frontlines without consequence.

Then there's Jett, an agile and evasive agent who "takes risks no one else can." Riot states that she can "cut enemies up" before they even know what hit them.

Cloudburst throws out a cloud of fog that obscures vision on impact. Holding down the ability button bends the cloud’s in-flight trajectory. Updraft has a brief wind up that the player can use to propel themselves forward.

Jett's Signature Ability is Tailwind, which dashes her forward. Her Ultimate is Blade Storm, which hurls several deadly throwing knives that deal moderate damage, but kill on headshots. Scoring a kill restores all daggers. Left clicking throws a single dagger while right click throws all remaining daggers in a short-ranged burst.

Viper deploys an array of poisonous chemical devices that "control the battlefield" and "cripple the enemy's vision." She uses these toxins to kill her prey, and maybe even mess with the enemy a little.

Snakebite fires a projectile that explodes into a pool of damaging acid. Her second ability is Poison Cloud, which throws a gas emitter that can be reactivated to create a poisonous smoke cloud at the cost of fuel. The emitter can be picked up and thrown again after a short cooldown.

Viper's Signature Ability is Toxic Screen, which spawns a line of gas emitters that can create a wall of toxic gas. Her Ultimate, Viper's Pit, emits a massive toxic cloud in a large area that lasts as long as Viper stays inside the cloud. Enemies inside the cloud are highlighted to Viper. 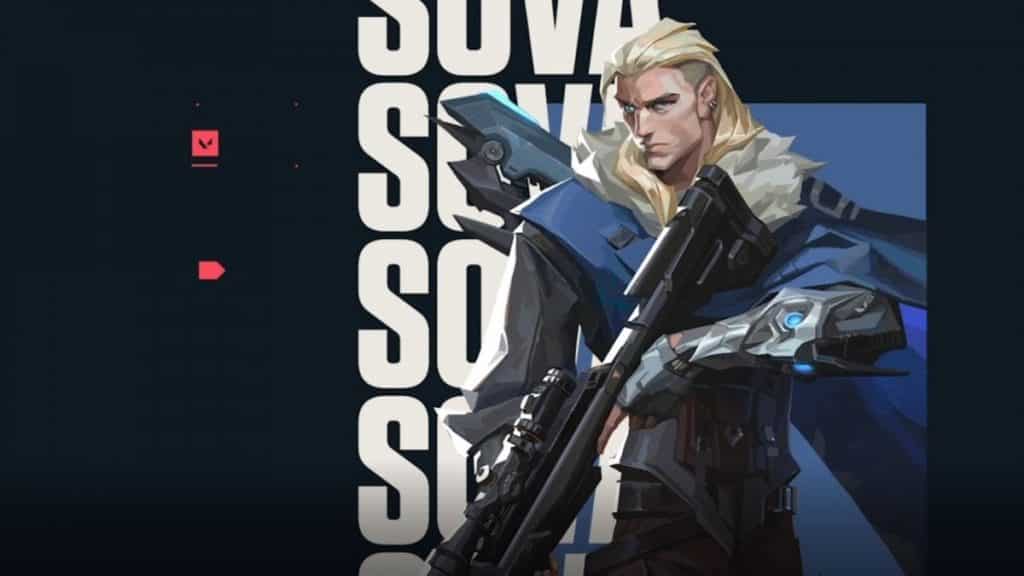 Sova is a hunter who eliminates enemies by tracking them and then using his bow. He has scouting abilities that don't allow the enemy to hide.

Shock Bolt fires an explosive bolt that emits electricity upon impact. Sova's Owl Drone does what its name suggests, deploying a drone that can scout enemies and mark them with a dart.

Recon Bolt is his Signature Ability. Like Hanzo in Overwatch, he fires a shot that has a sonar effect that can be used to detect enemies around corners. Unlike Hanzo, his bolt can be destroyed. His Ultimate is Hunter’s Fury, which shoots three laser beams that cut through the entire map, dealing big damage and marking enemies.

Cypher is "always watching" thanks to his various scouting abilities.

His free ability is called Trapwire, which places a tripwire between two walls or objects that reveals and restrains enemies that step on it. Cyber Cage tosses out a remote activation trap that can cage enemies who step into it.

His Signature ability is Spycam, which can be placed and used to fire a tracking dart. Finally, his ultimate, Neural Theft, allows him to interact with an enemy's corpse to discover the locations of their squad.

Brimstone and his team "always have the advantage" thanks to his "orbital arsenal." He delivers utility precisely and safely, "making him the unmatched boots-on-the-ground commander."

Incendiary launches a fire grenade that deals damage in an AOE. Stim Beacon creates a structure that gives all nearby players an increased rate of fire.

Sky Smoke is Brimstone's Signature Ability. It uses the map to call in smokescreens that can provide cover. His Ultimate, Orbital Strike, also utilizes the map to rain in hell from above.

Finally, there's Omen who can blind his opponents and teleport across the field. He "hunts in the shadows," explains Riot, causing the enemy to grow paranoid as they wonder where Omen will strike next.

Paranoia sends out an ethereal shadow in a straight line, delivering a nearsighting debuff to anyone it touches. Shadow Walk has Omen jump forward a short distance.

Dark Cover, Omen's Signature Ability, casts out a stealthed ethereal orb that bursts into an obscuring sphere of shadow at its final location.

His Ultimate, From the Shadows, lets the player teleport anywhere on the map as a shade. When they are killed, they return to the location of their original body. Once the ability is complete, they functionally turn into a ghost for a short time.

Valorant does not have a specific release date as of this writing, but there is plenty of information already released about the game including developer's notes and system requirements.