The Southeast Asian staple survived a lower bracket showdown with Invictus Gaming, and closed out the event with a 3-1 series victory over Vici Gaming. The win earns the team 4,850 qualifying points towards a spot in The International 2020, as well as $300,000.

It also established TNC as a possible elite Dota 2 team for the first time in the organization's history.

“Winning the first major of the DPC 19-20' season is very unreal and memorable for us. We are able to push through and made it because of the supporters and fans that kept believing in us,” the organization said in a statement on Twitter after the win.

The series opened with a surprisingly slow, methodical map. Despite TNC and Vici Gaming both being known for their incredible aggression, game one saw the teams take a slow, farm-focused approach. Things were neck and neck early, but the fact that Kim "Gabbi" Villafuerte was on the slow-farming Chaos Knight theoretically had things favoring Vici Gaming.

The action picked up in the mid game and TNC’s cores started to take over. Gabbi savaged Vici Gaming’s largely squishy lineup with his physical burst power, and Armel Paul "Armel" Tabios tore them up with Outworld Devourer, allowing TNC to take the series opener.

TNC returned to its more aggressive style in game two. Vici Gaming tried to do the same, but couldn’t manage. Gabbi started to snowball early with Morphling and TNC made sure to keep him rolling downhill. The team used the Morphling and Earthshaker combination that has dominated the tournament to great effect, with Gabbi going 17-1 en route to victory.

Looking to avoid a sweep, Vici Gaming finally came online in game three. The two teams traded early but Vici Gaming stopped giving back as time went on. Zhang "Eurus" Chengjun and Zhou "Yang" Haiyang had the strongest heroes on the board by a considerable margin, allowing Vici Gaming to take a lopsided win in game three. 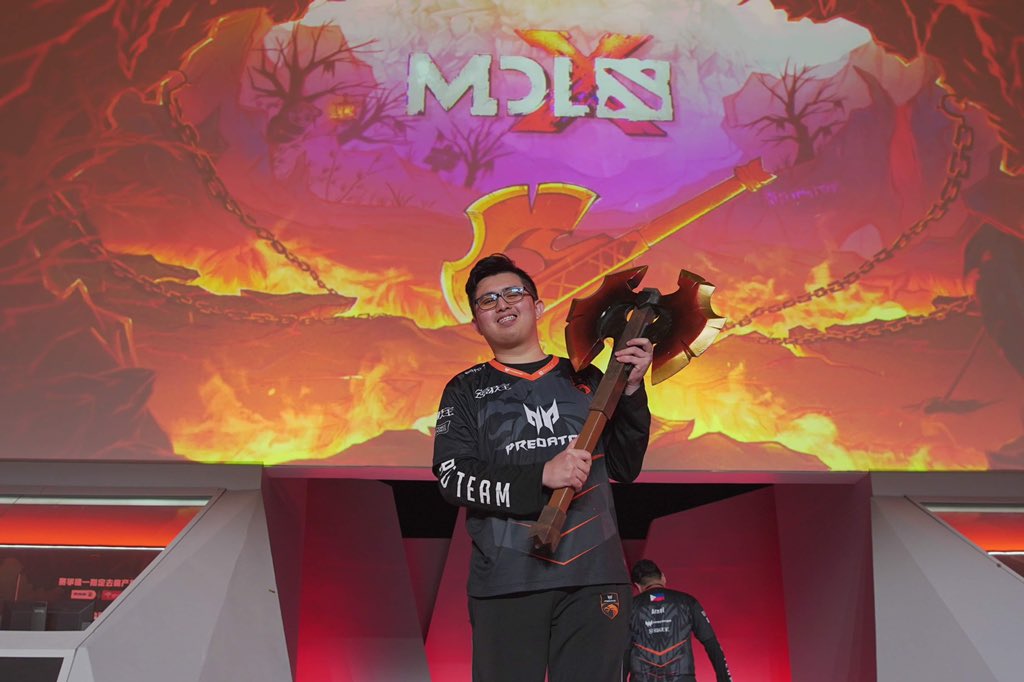 Vici Gaming looked poised for a reverse sweep in game four. The two teams were in top form, but Zeng "Ori" Jiaoyang was a force on Templar Assassin, which allowed Vici Gaming to take a massive lead. The game dragged on though, which allowed Gabbi to once again flex his power on Morphling alongside Park "March" Tae-won’s Earthshaker, racking up 23 kills during the game. This allowed TNC to take over late and steal away the win, shut down the reverse sweep, and win the MDL Chengdu Major.

TNC winning the MDL Chengdu Major is a big deal on multiple fronts.

The squad becomes the first Southeast Asian team to win a Valve-sponsored tournament, a feat that other strong teams like Orange Esports, MVP Phoenix, and Fnatic could never pull off. Naturally, it also stands as the biggest tournament win in TNC’s history. Though the team has notably won two WESG tournaments, the stakes and stronger competition of an official major make this a much larger achievement.

This also establishes TNC as one of the top teams in Dota 2. Though winning a major traditionally sparks “best in the world” discussions, this one carries a small asterisk in the form of the absence of several top Dota 2.

That said, there is no denying TNC a spot near the top at this point. The MDL Chengdu Major trophy goes alongside the ESL One Hamburg cup. The team also skated through two sets of qualifiers to earn a spot in the WESG 2019 Finals.

But most importantly, TNC likely locks up a spot in The International 2020.

Winning the MDL Chengdu Major earns the team 4,850 qualifying points, a tally that would have earned them a spot in The International 2019 four times over. Though this season will likely see the threshold raised based on several different factors, this should lock up TNC a spot comfortably.

There’s still lots of time before then. Look for TNC to continue sharpening their skills throughout the season, with the next stop being the ONE Esports Dota 2 World Pro Invitational Singapore.

Team Secret is looking like the best Dota 2 team in the world right now. Clement “Puppey” Ivanov has led his team to the grand finals of the DreamLeague Leipzig Major. This comes at the expense of...

Vici Gaming are the champions of ONE Esports’ inaugural event. The Chinese squad took first place at the ONE Esports Dota 2 World Pro Invitational Singapore, defeating Evil Geniuses 3-0 in the...

Invictus Gaming is the champion of the Dota Summit 11 minor. The Chinese squad takes home the $72,000 top prize and more importantly earns the final spot in the MDL Chengdu Major. They closed out...

ESL One Mumbai had a lot of strange things going on in the background, but everything under the spotlight went exactly as expected. Keen Gaming took first place at the tournament, scoring its first...

J.Storm are the new champions of the World Showdown of Esports. The North American team took the WSOE Dota 2 title with a dramatic victory over Team Serenity at WSOE 6. The squad earned a crack at...
Advertisement

C9's Licorice blames himself for bad relationship with Sneaky

100 Thieves out of DreamHack Open Winter, GODSENT steps in