The MDL Chengdu Major is just a few days away and Mars Media is ready to get fans hyped.

The organizer has revealed the groups and opening matchups for the event, which kicks off on November 16. The groups will play out in the standard Dota Pro Circuit format of four GSL groups. The top two teams of each group will begin the playoffs in the upper bracket, while the bottom two will begin in the lower bracket.

The event will feature a $1 million prize pool and a total of 15,000 qualifying points towards an direct invite to The International 2020. The first-place winner will receive $300,000 and 4,850 of those qualifying points.

Though it’s always tough to be confident when predicting GSL groups, Group A is the easiest group to read. TNC Predator and EHOME are the clear favorites to start in the upper bracket.

TNC kicked off its season with a first-place finish at ESL One Hamburg and has the potential to be a top team. EHOME has been very active over the last two months, with its most recent outing being a live event win at the Hainan Master Cup where it bested several solid Chinese teams.

By comparison, Fighting Pandas and Team Unknown face a stiff road. Fighting Pandas lost most of the credibility it gained from clearing the MDL Chengdu Major North America qualifiers with its poor performance in Hamburg, while Team Unknown is a recently formed and largely unproven South American squad.

TNC will take on Unknown, while EHOME will face Fighting Pandas. 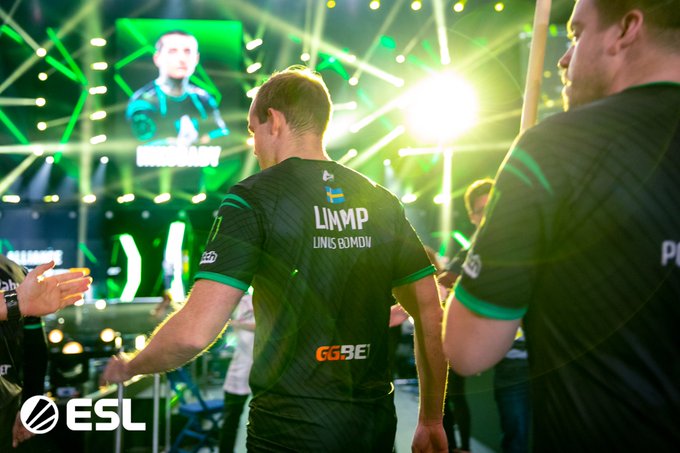 Group B is easily the most competitive group in the MDL Chengdu Major. Vici Gaming is the best team on paper, bringing back most of the roster it fielded at The International 2019 where it was a favorite to win. That said, all three of the other teams here are formidable.

The new Alliance roster is rich with talent and has been a force in the early months of the 2019-2020 season, winning DreamLeague Season 12 and placing third at ESL One Hamburg. Team Spirit is a promising squad largely made up of proven CIS players, and Fnatic’s new lineup looked very good in the Southeast Asia qualifiers for the MDL Chengdu Major.

Vici Gaming and Alliance are likely the favorites to start in the upper bracket, but there isn’t much margin for error here. The group starts with Alliance vs. Fnatic and Vici Gaming vs. Team Spirit.

Team Adroit is in a rough spot as the newly formed Filipino squad faces stiff odds of making the top two of this group. Outside of them, the spots are up for grabs.

The new Evil Geniuses lineup is looking strong but hasn’t established itself as a sure thing quite yet. That opens the door for the new Team Aster lineup, which added two huge free agents in Pan "Fade" Yi and Song "Sccc" Chun, and the new Team Liquid to potentially step ahead of them.

Evil Geniuses got the lucky draw and will open the group opposite Team Adroit. Team Liquid and Team Aster will go head-to-head in the second match.

Group D is second only to Group B in terms of how tight things are. All four teams are solid and can make a case for a spot in the upper bracket.

Invictus Gaming is coming in hot after crushing the field at the Dota Summit 11 minor. While some might brush them off based on their failure to clear the qualifiers, the Chinese team looked like a serious threat at the event.

Gambit Esports and Beastcoast both looked very good at ESL One Hamburg and could be set to become some of the top teams this season. J.Storm had a rough outing at DreamLeague Season 12, but is impossible to take lightly.

Group D will start with Beastcoast vs. Invictus Gaming, followed by Gambit Esports vs. J.Storm.

Na'Vi vs. Alliance, EG vs. Nigma set for DreamLeague Season 13

The group stage at the DreamLeague Season 13 major is now complete and with that, the brackets have been set for the playoffs. The opening eight matchups for the event have been revealed and fans...

The group stages to The International 2019 are now complete and with that, the bracket for the main event has been decided. Dota 2 community manager Wykhrm Reddy revealed the opening matchups for...

The International 2019 teams are now set after qualifiers conclude

The qualifiers to The International 2019 have wrapped up and with that, fans now know the 18 teams set to compete at the biggest Dota 2 event of the year. Infamous, Mineski, Royal Never Give Up,...

The Epicenter Major is over and with that, the 12 direct invitees to The International 2019 are officially locked. Teams still have the opportunity to work their way in through qualifiers, but some...

The lineup of teams for the last two events of the 2018-2019 Dota Pro Circuit season is now set. The qualifiers for the StarLadder Minor are officially done, which finalizes the list of competitors...
Matches
Time zone: UTC (GMT 0)
Advertisement

The International 2020 is headed to Sweden's Ericsson Globe